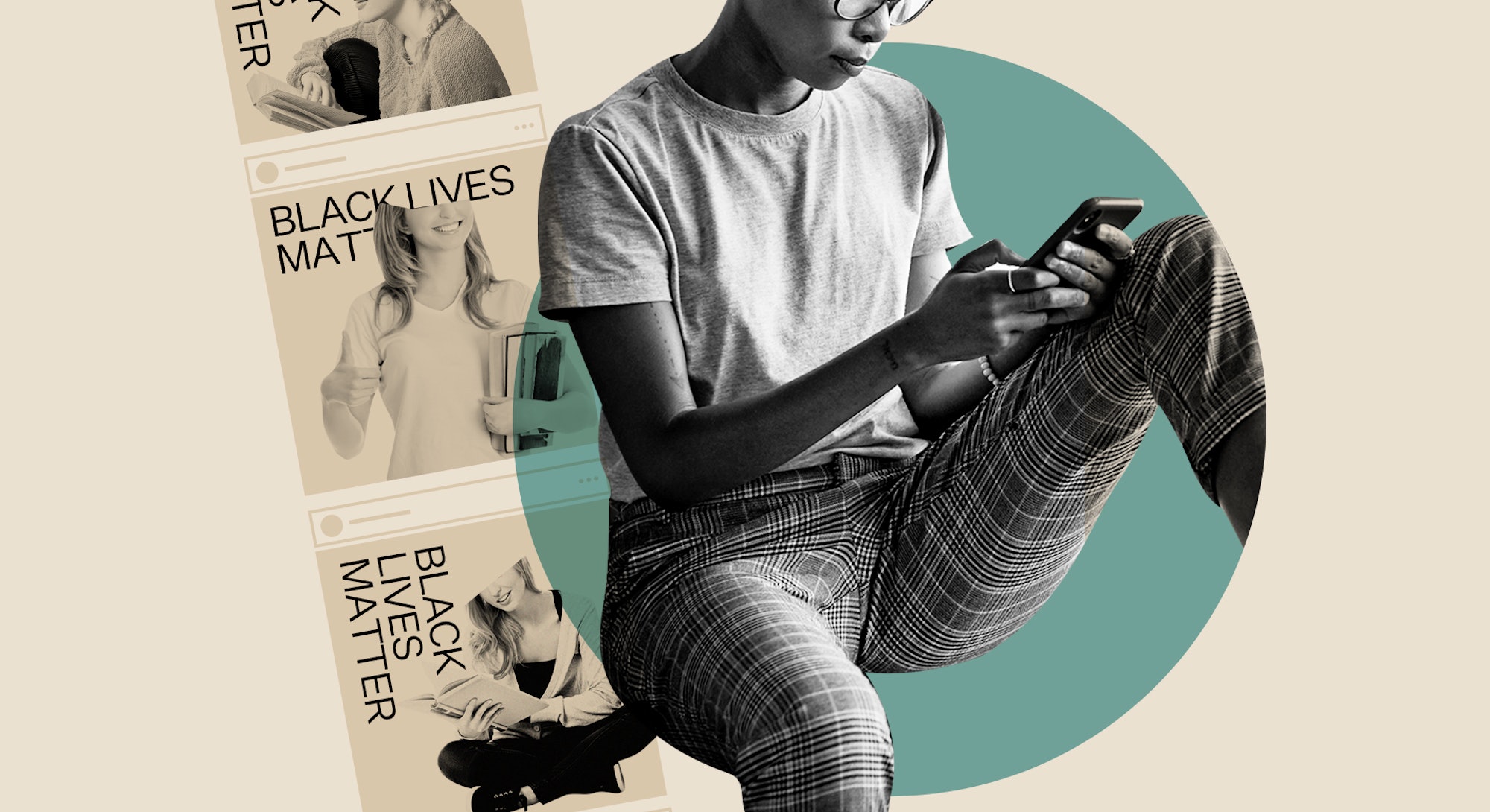 Mostly, my non-Black friends are doing all of the right things this week, both online and off. But that doesn’t stop me from being mad.

They’re going to protest marches directly in the line of fire, reassuring me that they’re fine despite the pepper spray and violent cops. They’re donating money to bailout funds and social justice groups. Those who belong to non-Black ethnic groups are posting messages to their own communities, asking others to recognize the ways Blackness works differently in society than, say, indigeneity or Asian-ness. They’re making or sharing watercolors and graphic designs memorializing George Floyd, Breonna Taylor, Tony McDade, and Ahmaud Arbery. They’re calling for the abolition of the police state, decrying systemic injustice, and, even better, detailing concrete actions that will challenge white supremacy in their own lives.

They promise to “educate themselves” about race in America and have the “tough conversations” with both their other white acquaintances and people of color — which is great! They post reading lists — James Baldwin, Ta-Nehisi Coates, Michelle Alexander, Richard Rothstein, Jesmyn Ward, Robin DiAngelo.

If they’re suddenly so desperate to understand the Black perspective on race in America, why haven’t they just come out and asked?

It’s those posts that absolutely infuriate me. Seeing their earnest commitments to engage with racism’s legacy through books just proves to me that my friends haven’t been listening to me at all.

I talk about race and racism a lot. I’ve written books about it myself, in fact, for kids and for adults. I’ve shared stories of racism that amused me (a white man on a conference call explaining to me why we need to center POC voices in art because he assumed anyone named Megan in my position had to also be white), inconvenienced me (being denied for an Airbnb until my white ex-boyfriend made the reservation), and terrified me (angry slurs and threats as I walked to work), connecting the dots of how systems of injustice affect me on every level.

What about my own experiences of racism didn’t break through to them? If they’re suddenly so desperate to understand the Black perspective on race in America, why haven’t they just come out and asked? Haven’t I been here this whole time?

I’m not bothered by anti-racism reading posts from casual acquaintances, or meme accounts, or the journalists and influencers I follow. And I’ll admit the inconsistency that I’m not bothered by posts like these from people of color or white people in my very closest circles. This isn’t the first time they’ve engaged with race in my presence.

But the people I’m talking about are my friends. They’re co-workers, brunch dates, collaborators, workout buddies. They’re the people who filled my days (pre-quarantine), whose birthdays and happy hours and book launches and baby showers and picnics and godd*mn weddings I have attended.

If the personal is political, it’s depressing to think that my vulnerabilities and fears weren’t enough to spur them to action before last weekend.

It takes work to identify and name the ways your experiences of the world are mirrored in hundreds of years of f*cked-up history. Sharing those experiences sometimes feels like a choice to own their power over your life. And make no mistake: Race informs every vector of mine, from the likelihood that I’ll be approved for a loan to the kinds of messages I get on dating apps. Thinking and talking about the institutional bulwarks in my way makes me feel hopeless and tired. If Serena Williams and Cornel West can’t overcome them, then who am I to think I can? Admitting to that kind of vulnerability has never been easy for me. But I feel like I owe those hard truths about my experiences with white supremacy to those who trust me enough to share what scares them with me.

I’m no racial theorist, and this isn’t about my ego — if these nice white friends asked, I’d likely recommend many of those works of bestselling fiction and criticism. But if we accept the chestnut that the personal is political, it’s depressing to think that my vulnerabilities and fears weren’t enough to spur them to action before last weekend.

“We need to take anti-racist action,” the posts say. “We need to be willing to learn.” Those statements aren’t for me or for their other Black and brown friends. We experience racism, and not just in theory. Well-meaning as the encouragement is, I’m not the one whose learning they’re cheerleading. These posts make anti-racism feel like a trendy, white self-improvement program, completely disconnected from redistributing power. I know they hope to benefit others, but I don’t think they realize that by the time they post, I’ve already been eliminated from their solutions for justice.

Of course, all this anger is cloaking those same vulnerabilities I mentioned. Here’s the thing I’ve avoided articulating for the last few paragraphs: I worry that these white people are frightened of me. That deep down, their fear of being confronted with justifiable anger is a force stronger than friendship. That their support was an illusion all along, and that while I thought I was sharing the weight of racist America’s burdens with them, I was just taking on their loads of shame and fear. That it takes the deaths of people who look like me for them to care. That “solidarity” with the accounts following their Instagram stories is more important than real allyship with the friends they invite to their housewarmings — and that shyness and fear of conflict and embarrassment are deeper enemies of any movement towards justice than fake news.

Imagine if instead of posting Instagram stories pledging allegiance to anti-racism, they’d have a tipsy heart-to-heart with me on my stoop in summer or quickly checked in at the office Keurig when a tone-deaf op-ed started trending. If I was exhausted or sad, I might ask if we could put a pin in the conversation, but our care for each other would still come first. Imagine if we could talk about race without it being a performance of wokeness, a knee-jerk denial of its importance, or a devil’s advocate debate. If nice people like them did more listening in the first place, maybe we wouldn’t need this movement at all.