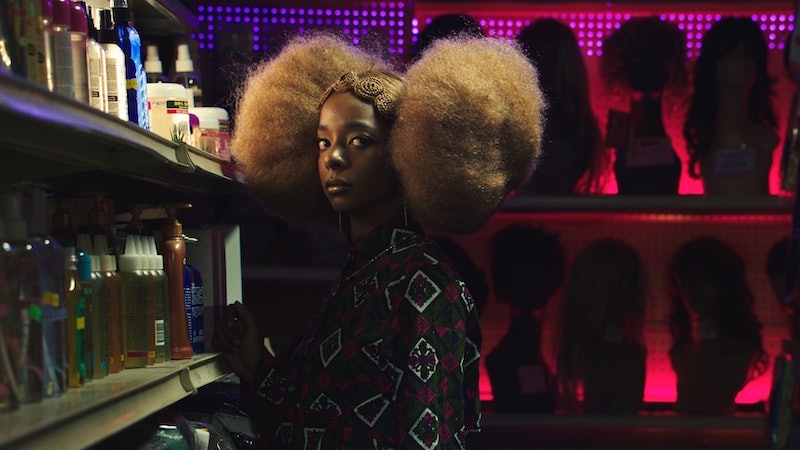 From Mary Shelley penning Frankenstein to Ana Lily Amirpour directing A Girl Walks Home Alone At Night, women have always had a knack for creating horror stories, even if the world didn’t recognise it. Historically, female and non-binary creatives and enthusiasts in the horror genre have been banished to the shadows or dismissed as an afterthought — but this could be changing.

Growing up in Venezuela, Valentina Egoavil Medina was transfixed by kid’s horror shows such as Beetlejuice and Goosebumps. Now, as the editor of London-based horror magazine Suspira, she examines the genre she loves through a female lens. “Women have been making their mark on the genre for a long time, on and off screen. The difference today is that they are given more credit; the public is becoming more aware of the role and impact women have had, and are having, on the genre.”

Demand for female-led horror in the mainstream has only increased in recent years. February has now been named Women In Horror Month, an international movement that encourages horror fans to learn more about the work of women in the genre. Feminist film collective The Final Girls (named after the slasher movie trope of the last girl left alive) is also drawing attention to the underappreciated creativity of women in horror. They have recently toured the UK with We Are The Weirdos 2, their second showcase of female-created international horror shorts.

The need for horror fiction by and for women was also a contributing factor behind the creation of Blood Bath, a Scottish publication founded and edited by Katy Lennon. Putting together their first edition, which centred on the theme of bodies, revealed to Lennon just how misogynistic the genre could be. “I got a lot of men sending me stories that seemed to only exist so that the author could write an extremely graphic scene where a woman is tortured, raped and/or murdered,” Lennon tells me. “Having to sort through hundreds of these submissions laden with stories that seemed to hate women was definitely a challenge. I think this pops up a lot in horror especially; a lot of the genre's tropes rely on the graphic destruction of women's bodies. I think it's a bit boring, there are more interesting things to be talked about in horror.”

As well as misogyny, women in horror are also tackling issues such as race and sexuality by introducing a fresh new perspective within a mostly-white, mostly-straight genre. Hair Wolf, a short by Mariama Diallo that is included in The Final Girls’ showcase We Are The Weirdos 2, is a horror-comedy set in a black hair salon in Brooklyn, New York, in which the main villain is a culturally appropriative white girl. Winning numerous awards, including the Short Filmmaking Award for US Fiction at Sundance 2018, the film proves that there is a demand for female-led horror that goes far beyond white feminism.

Speaking about how she uses horror as a medium to explore the black American experience, Diallo says: “I definitely think that horror is made richer when it builds upon specificity of experience. Eventually, we all get tired of a ghost jumping out to say ‘boo.’ What's interesting about horror is how it can be a way for us to process our anxieties in a fictionalized, Grimm fairytale format. So, the more voices that are able to participate in the conversation, the more interesting it becomes.”

Intersectionality is also important to Lennon, who, as a queer woman herself, wants to ensure that Blood Bath is as inclusive as possible. “I wanted to provide a space where people could be represented, without having to be in a separate category from everyone else, or feel like they were only included because of their gender, identity, or race,” Lennon says. “Their work is good enough to stand on its own.”

For Lidia Molina Whyte, the writer and director of the horror short Wilt, having women involved in all aspects of production was a priority. A film that explores domestic violence and abuse using flower symbolism, Wilt aims to tell a universal story through a female lens. “It’s not just written, directed, and produced by women; there are women in technical roles that are still very much male-dominated, and I think this is just as important as representation in front of the camera,” Molina Whyte tells me.

Molina Whyte also found that having a female-led crew allowed for themes within the film to blossom in a way they may not have otherwise. “It’s interesting because, after reading the script, the women on the team started sharing their own experiences, from sexual harassment at work to controlling exes,” Molina Whyte explains. “It felt very empowering to see how the story was resonating with them and how it was informing their technical and artistic decisions.”

The Wilt director believes that women working in horror are helping to completely radicalise and reshape the genre because of their ability to recognise, and utilise, its potential. “Horror allows you to really get under the skin, in some cases literally, of societal, political, and cultural issues,” she says. “I think women in the industry are really harnessing that power to tell beautiful, horrifying stories.”

Joining the community of fellow female horror fans and creators sounds almost like being welcomed into a sisterhood (or, perhaps more appropriately, a coven). Molina Whyte, Lennon, and Medina all cite the support of other women in the industry as instrumental to their success. Egoavil Medin says: “Everyone I've had the pleasure to work with has been so wonderful, hard working, inclusive and supportive. The whole experience of making Suspira has made me love horror even more — I didn't think that was possible.”

The main purpose of horror as a genre is to explore what scares us; to give a name to our deepest fears and, by doing so, reclaim power over them. Women, especially non-white, non-straight, non-cis women, know what it’s like to live in a world of fear; and, in some cases, a world that fears you. Racism (misogynoir especially), homophobia, and transphobia are all built on a loathing that wrongfully turns the marginalised into the monster. By promoting and supporting intersectionality and women in horror, we allow a different perspective; one where these groups tell their own stories. And that’s a much less scary world to live in.