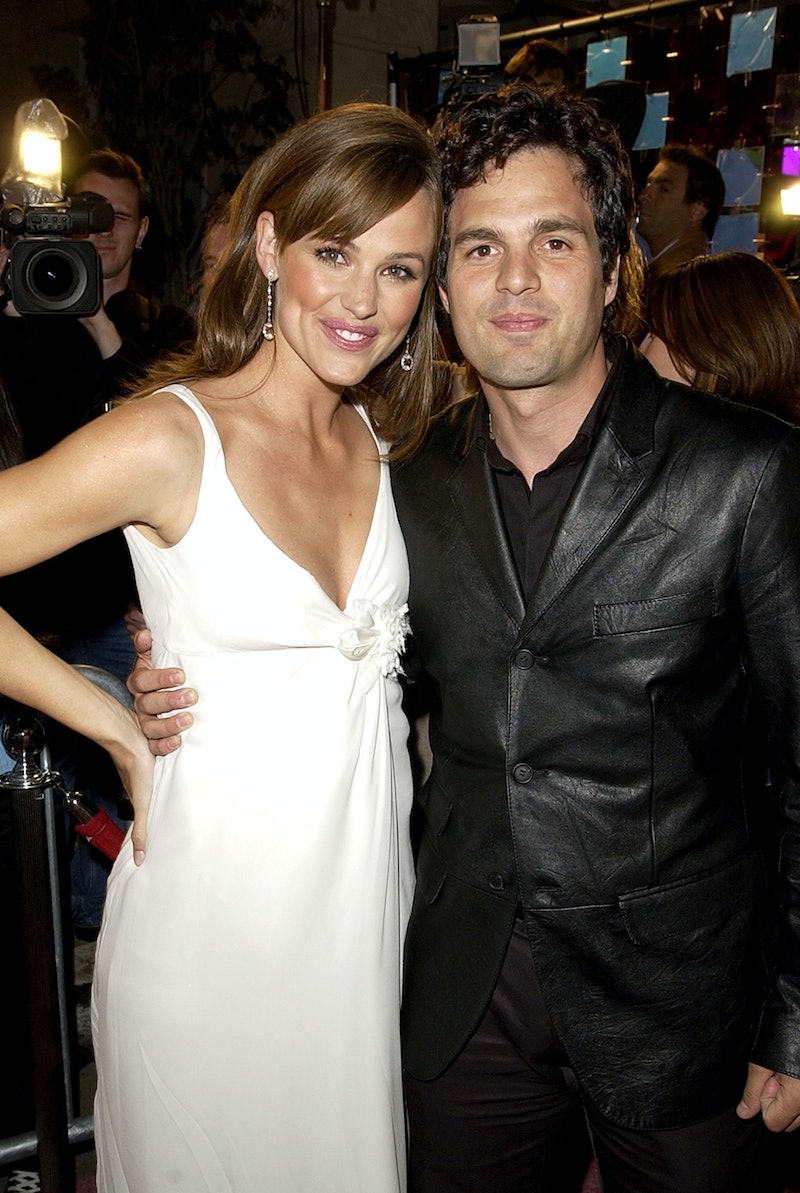 There's going to be a 13 Going On 30 reunion — kind of. Mark Ruffalo and Jennifer Garner will costar in The Adam Project, and the film's time travel plot will remind viewers of the iconic rom-com. In November, Garner signed onto the project, though details about her role are still under wraps. On Monday, Ruffalo was also announced as part of the cast, confirming that Jenna Rink and Matt Flamhaff will reunite onscreen once more.

The film, which stars Ryan Reynolds, will follow a man who goes back in time to seek help from his 13-year-old self. Together, the two will be tasked with finding the character's father, who is now the same age as his adult self. Ruffalo will play Reynolds' father, a brilliant physicist who's needed to save the future. Garner is slated to appear as the character's mother, though it's unclear if she, too, will be a physicist.

Unfortunately, there aren't many other details available about the release, but there have been several other high-profile castings. Per THR, Catherine Keener will star as the movie's villain and will steal important technology from Ruffalo. Zoe Zaldana is also slated to appear in an unknown role. Several newcomers are have signed onto the project as well, including Walker Scobell, who plays the 13-year-old version of Reynolds' character.

Despite being a sci-fi adventure flick, The Adam Project does have a few things in common with 13 Going On 30. The iconic romantic comedy, which premiered in 2004, follows 13-year-old Jenna (Garner) after she wishes to be "thirty, flirty, and thriving" and wakes up as an adult. Ruffalo played the character's childhood best friend and ultimate love interest, Matt.

Ruffalo and Garner's onscreen reunion comes after fans received a bit of 13 Going On 30 nostalgia from the actor who played young Jenna Rink. On Nov. 1, Christa Allen recreated a scene from the film in which Jenna gets ready for a party. "Jenna Rink forever," Allen captioned the Instagram post. In April, Mark Ruffalo tweeted about 13 Going on 30's 16th anniversary, writing: "Remember what the world was like when Razzles were all the rage? Missing that time." There's no word yet on whether Razzles will appear in The Adam Project, but either way, 13 Going On 30 fans should be keeping an eye out for the movie.

More like this
Paul Mescal, Man Of Mystery
By Samantha Leach and Heather Hazzan
Twitter Has So Many Thoughts About ‘Don’t Worry Darling’ After Its Release
By Stephanie Topacio Long
Florence Pugh Reflected On Her ‘Don’t Worry Darling’ Experience On Opening Day
By Brad Witter
Chris Evans Had The Best Reaction To Seeing Ana de Armas As Marilyn Monroe
By Radhika Menon
Get Even More From Bustle — Sign Up For The Newsletter