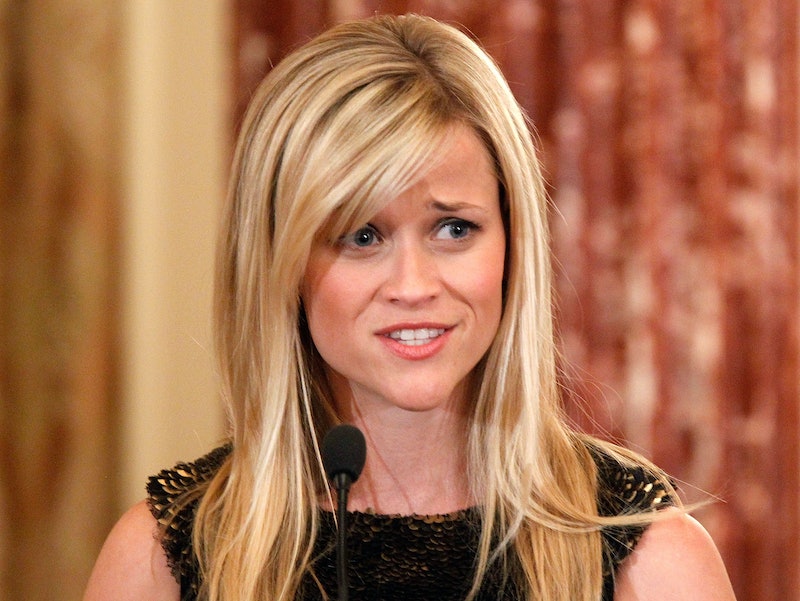 Fox Searchlight has released the first trailer for Wild. Based on Cheryl Strayed's memoir, Wild: From Lost to Found on The Pacific Crest Trail , the movie stars Reese Witherspoon as Strayed, who takes on the epic journey of hiking across the Pacific Crest.

Witherspoon has apparently wanted to do this film from the get-go, as Indie Wire reports that she optioned the film rights to Strayed's book before it was even published. It looks like she's doing the memoir justice. After seeing the trailer, you can see that Witherspoon is taking the powerful source material and turning it into some legitimate dramatic gold. And you know what that — and a December 5th release date — means: hello , Oscar bait.

The movie will be helmed by Jean-Marc Vallee, who was responsible for directing Dallas Buyer's Club, which means he has experience pulling Oscars out of his actors (ahem, lookin' at you, Matthew McConaughey). The script will be penned by Nick Hornby, and the movie also stars Laura Dern, Michael Huisman (aka Game of Thrones Daario #2), and Gaby Hoffman. With that team attached to the project, it's sure to be pretty darn great.

More like this
Everything To Know About The 'Daisy Jones & The Six' TV Series
By Maxine Harrison and Brad Witter
Your Guide To Watching 'Everything Everywhere All At Once' In The UK
By El Hunt and Sophie McEvoy
The 'Scream 6' Trailer Shows Off Hayden Panettiere's Return & Ghostface In NYC
By Jack Irvin and Jake Viswanath
We’ve Entered The Hot Boy Reader Era
By Samantha Leach
Get Even More From Bustle — Sign Up For The Newsletter
From hair trends to relationship advice, our daily newsletter has everything you need to sound like a person who’s on TikTok, even if you aren’t.