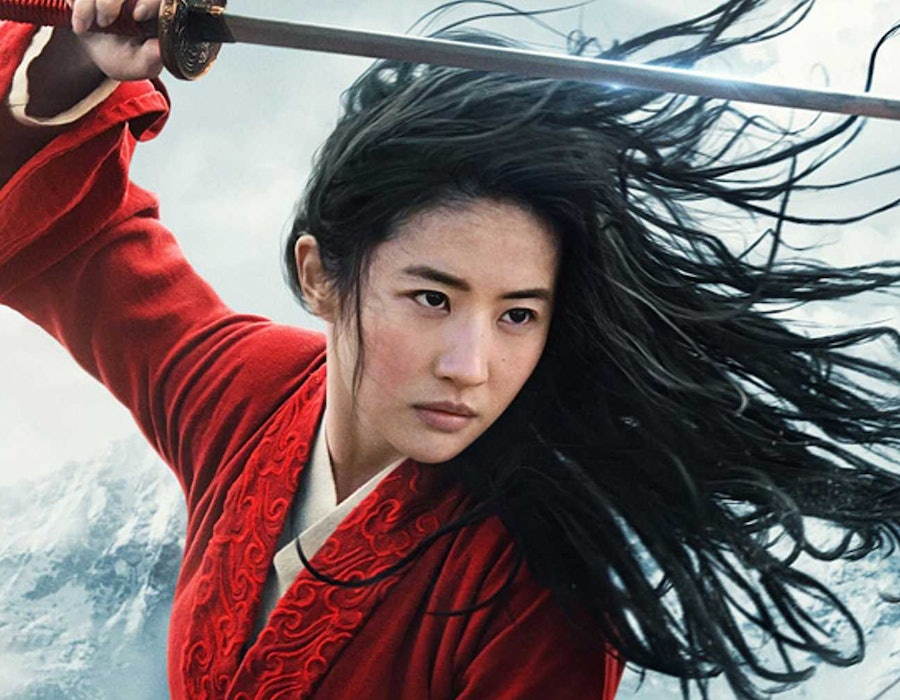 For some, self-care is yoga and a green juice. But for others, it’s hours of movies that bring you back to a simpler time. In my case, this has been a summer of revisiting movies that I loved as a child. A large number of these films happen to be part of the Disney animated canon, including the animated classic Mulan from the mid ‘90s. I lived for that movie.

To illustrate how much I loved that movie, allow me to confess something. At eight years old, I may have cut my bangs into a too-short cockamamie fringe to mimic that ionic scene of the rule-breaking warrior chopping off her hair before going to war in place of her father. My parents were not pleased.

Bangs aside, I’m excited to report that this childhood classic is getting a 21st-century makeover. The live-action version of Disney's Mulan is coming exclusively to Disney+ with Premier Access on Friday, September 4th. That means, we'll all get to see one of our favorite stories in a totally new way. The character of Mulan is brought to life by actress Liu Yifei, who plays the role with a serious badass-ness.

Before you watch the live-action Mulan on Disney+, you'll want to be ready with a Disney+ membership for just $6.99 — and of course revisit the original animated one, available now on Disney+. Here are all the reasons you should do it, like, now.

1. Mulan Is Still A Feminist Icon

The source material for this beloved tale is The Ballad of Mulan, which was set in the Northern Wei era from approximately 386-535 C.E. Especially at such a time in history, in a patriarchal culture, the greatest hope for a girl to bring her family honor was to make a good wife (see the tea ceremony in "You'll Bring Honor To Us All"). Hua Mulan subverted all of those cultural norms. In the film, though she may have been a disaster at the matchmaker's, she was a champion in battle — showing greater determination and bravery than the men who were legally sanctioned to fight. Rather than being the submissive and doting "Girl Worth Fighting For," Mulan spoke her mind, protected her family, and showed exactly what loyalty, bravery, and truth look like.

2. Those Songs Bring The House Down

I may be biased here because I listen to "I'll Make A Man Out Of You" every time I exercise, but the songs of the animated Mulan still hold up. The live-action version is a bit more adult, without the songs you remember from the animated version, but it's something we're still excited to see! It's always worth rewatching those iconic musical scenes though... from Mulan's somber walk through her garden in "Reflection" to the march to battle in "A Girl Worth Fighting For." Also, who doesn't want to recreate the glow up in "You'll Bring Honor To Us All?"

3. The Images Are Iconic

Much like many of the other Disney films from your childhood, the images from Mulan are almost tattooed into my brain. Think about it — Cri-kee taking a soak in the matchmaker's tea; Mulan's reflection in her father's sword; the stampede of Huns on their horses racing down the snowy mountain. The live-action Mulan, shot on-location in both New Zealand and China, will take those 2-D images into the IRL world in a totally breathtaking show, and we need to refresh our memories first.

4. It Reminds You What's Worth Fighting For

When Mulan puts her life on the line going to war in place of her father, the goal isn't to bring honor to the family. She fears for her injured father's life, and she will do anything to keep him safe — including entering combat that she is totally unprepared for. Anything is possible, however, when she's fighting for her ultimate source of love — her family. Loyal, brave, and true, she knows that her friends and family outweigh any kind of glory.

If you don't want to miss the live-action Mulan, make sure to join Disney+ now, so you can get Premier Access come Sept. 4!