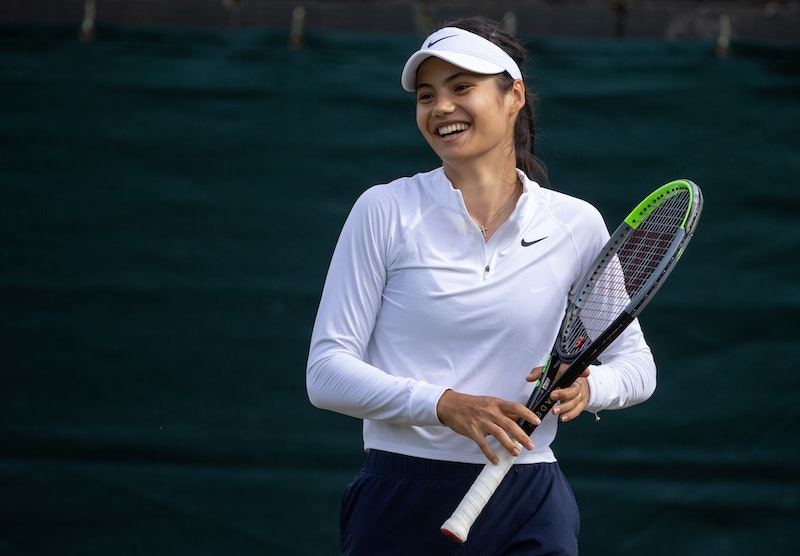 Emma Răducanu has been called “the future of women’s tennis” and “the new darling” of the British set. Her latest run at the U.S. open is a case in point; she’s just made it to the women’s final, and is the first qualifier (someone who didn’t automatically gain entry to the competition by virtue of their world ranking) to ever do so. Not to mention she’s the first British woman in a major singles final in 44 years. Răducanu will go on to play fellow teenager Leylah Fernandez on Saturday in the tournament final, and given that she is yet to drop a set in her nine matches on U.S. soil so far, it’s fair to say things are looking good.

This incredible feat is the latest step in the player’s meteoric rise, and one that hasn’t always been straight forward. In July, 2021 she was forced to drop out of Wimbledon after suffering breathing difficulties.

While her Wimbledon journey was cut short, Răducanu’s performance in the U.S. is quite the comeback. Her success is all the more impressive when you consider that alongside training, she has been finishing up school and tackling her exams during a pandemic.

If you’re not a huge fan of elite tennis then you’d be forgiven for thinking Răducanu has sprung up out of nowhere. However, the young player’s current success has come as the result of 13 years of hard graft. If you want to find out more about Răducanu, you’ll find five facts below to get you started.