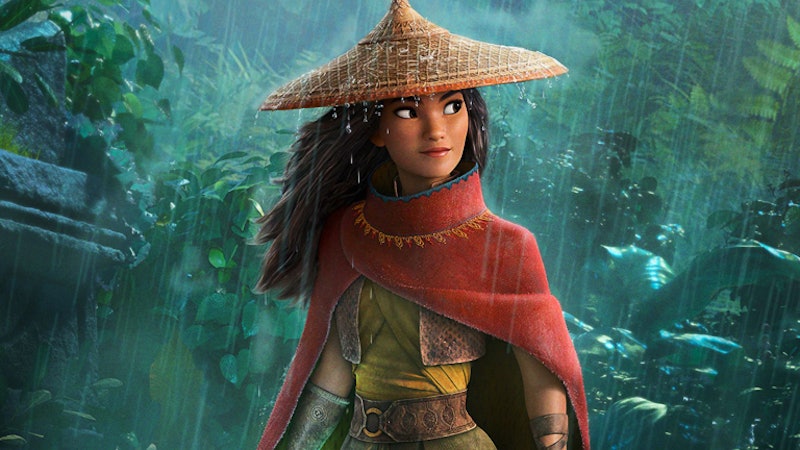 There’s a kickass new female warrior joining the Disney lineup — and we can’t wait to meet her.

Raya, star of Raya and the Last Dragon, lives in the kingdom of Kumandra. 500 years ago, Kumandra was a happy place where humans and dragons lived together peacefully — but in Raya’s day and age, things aren’t so tranquil anymore. Long ago, those dragons sacrificed themselves to save humans when evil monsters called Druun showed up. But now, the Druun are back, and it’s up to Rana to seek out the mythical last dragon and try to save humanity once again. (It’s a small task. A chore, really). And that’s not all: The people of Kumandra are divided and deeply suspicious of one another, so Raya doesn’t exactly have an army of like-minded allies to fight alongside her. She does, however, acquire a few spunky sidekicks along the way.

There’s so much to be excited about, from the Southeast Asian representation in the film and in the identities of the cast and filmmakers, to the soon-to-be-iconic new characters we’ll meet (including a tricky con artist… who is also a baby, and a dragon voiced by the one and only Awkwafina). Read on for all the reasons we can’t wait to press play on Raya and the Last Dragon this week.

Raya and the Last Dragon premieres in theaters and on Disney+ Premier Access on March 5. Sign up for Disney+ today!

To make sure you don't miss Raya and tons of other amazing Disney, Marvel, Star Wars, and National Geographic content, sign up for Disney+ today!