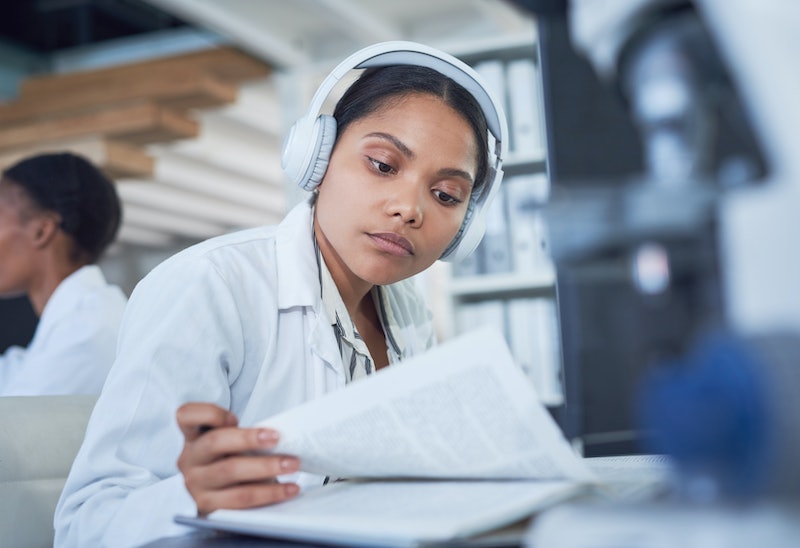 For International Women’s Month 2021 Bustle UK is shining a light on the women in STEM (science, technology, economics, and math.) There are many people who identify as women working in these industries, making groundbreaking discoveries and changing the way we look at the world. One of the best ways to support them is to know their names and buy their work, where possible. So here’s seven of the best books written by women in STEM. Prepare to have your eyes opened.

As Catalyst reports there’s a gender gap in STEM that persists across the world. Studies have highlighted that the women who begin careers in STEM face male-dominated workplaces with high rates of discrimination. However, that isn’t to say that there aren’t amazing mathematicians, scientists, statisticians, engineers, and women working in tech. But that more needs to be done to support them and encourage others to join them.

Over the last year the world's eyes turned to the scientists who have been developing a vaccine for COVID-19. However, society has also increasingly become aware of the damage that climate change is doing and the role that tech plays in our lives. There’s never been a better time to get inspired by the work of women in STEM. And whether you work in the field or just want to get lost in the amazing efforts of others, these books will leave you floored.