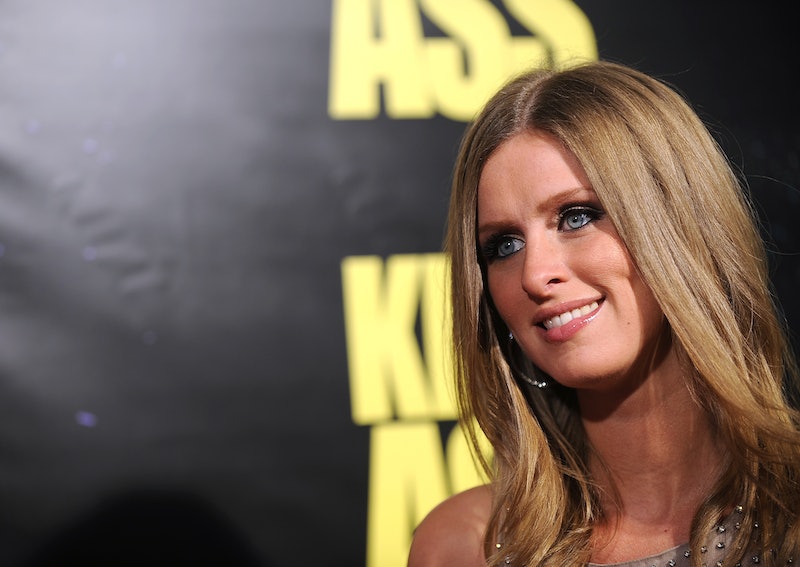 I have to say, I don't really follow the Hilton sisters much since it's not 2002 anymore, but I've always respected Nicky Hilton for keeping it super cool in light of being an heiress in one of America's richest families and her celebutante status. It's not easy flying under the radar when you are exceptionally loaded, but she's managed to do it with grace and ease, and her future husband, James Rothschild, seems to take the same route when it comes to his own status. The engaged couple is set to be married VERY soon and their wedding location is anything but normal (Kensington Palace?!). I don't know much about Hilton's fiancé, but with a wedding like that, I had to be curious: Just how much is James Rothschild worth?

I figured this guy had to be very, very rich and have some sort of royal or high society connections to have a wedding at Kensington Palace, but I honestly did not expect just how wealthy he is. The Rothschild banking family is one of the richest in the WORLD. According to Celebrity Net Worth, the Rothschilds have amassed an incredible fortune of over $400 billion — with some estimates even citing $1 trillion. Like, that number is so large that I can barely process what it even means and I need a drink after just saying it. Of course, that doesn't mean that James Rothschild has that much money himself, but his bank account is NOT hurting.

In anticipation of his wedding to Hilton, Rothschild has put his £24million farm in Suffolk on the market — this equates to about $37 million USD. There is no doubt that he will receive a pretty penny from sale of the property, which has been in the family since 1938.

Sure, he comes from an infamous banking family, but Rothschild has put in some of his own hard work. According to a profile on BusinessWeek ,

Well, safe to say, the banking family genes have helped his career out a lot. While it's unclear exactly how much James Rothschild is worth, seeing as how other members of the very large Rothschild family are estimated to be worth $1 billion on the low end , it wouldn't be a surprise if James is worth at least that much. After all, we already know he owns a property worth $37 million. I would assume that his self-made money, probable trust funds, and properties would boost that number up quiet significantly. Combine that with Nicky Hilton's estimated worth of $20 million and you've got a private couple that seem to be genuinely and adorably in love — and just happen to be absurdly rich. Kudos to them for finding their match in every way.