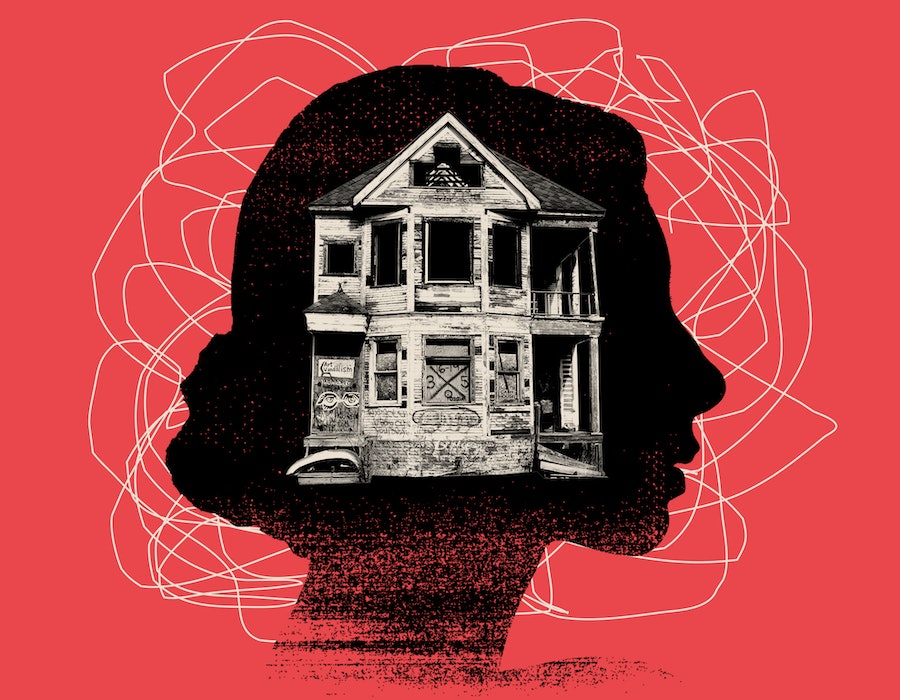 Abigail Dean starts her debut novel, Girl A, where most stories end. She flashes an old photograph of a family, a gaggle of blonde-haired children who stand at attention save for a pair of wily teenage sisters. The photograph should be familiar to viewers, the narrator explains, as it’d been splattered across British newspapers and newscasts. The Gracie family and their house of horrors. The case had wrapped years before, the story goes. The parents had both now passed away. And the children, who then ranged from infant to teenager, had been adopted to families across the United Kingdom.

Abigail Dean starts her story here, with Alexandra — or Lex — the oldest sister. The narrator, who's known to the world as "Girl A," is now a New York-based lawyer, who pauses her metropolitan duties to handle a bit of unpleasantry. Her birth mother has died in a British prison, and in passing, named her eldest daughter as executor of her will. She's an ironic choice for the role. Lex was the first to escape.

Last month, Girl A debuted as a Sunday Times bestseller in the U.K. In 2019, North American rights to the story sold for seven figures. Director Johan Renck (Chernobyl) is in negotiations to direct and executive produce the book as a limited series for Sony. “The last two weeks have been just as surreal as you’d expect,” says the author over Zoom.

"It's a compulsive read, propelled by the straight-talking protagonist, whose pain has calcified where you least expect it."

In 2018, Dean was working as a lawyer for a London-based firm. Writing had always been a “pipe dream,” she says, but one that often went unvocalized. As she approached her 30th birthday, epiphany struck: “If you want to actually have a shot at writing, you're not going to get it in this environment,” she remembers thinking. "Nobody's going to make the change for you.” She left her job and committed three months to a book. About a year later, she had a first draft.

“I’ve always been interested in dark stories and true crime,” says Dean, 32, who’s now a lawyer at Google. “The area where I grew up, just outside of Manchester, is this very bleak, beautiful moorland. It’s [also] the setting for lots of true crimes. It's where the Moors Murders were based, and the Harold Shipman case.”

The novel, situated in the same haunted milieu, is structured around the Gracie siblings. First, Dean introduces the wry Lex, who in Chapter 2 seeks out her brother Ethan (Boy A), then in Chapter 3 her sister Delilah (Girl B), and so on. There’s business to take care of, namely their inheritance: £20,000 and the Gracie house.

Lex intends to turn the building into a community center, and as she nears it, she slowly shares memories of her life there. Thus, as she pushes urgently into her future, the reader moves backward, unpacking boxes the narrator has long sealed shut. The book asks: What happens when trauma ends, but lives continue? And can its aftermath be neatly siloed from daily living?

On Monday night, less than 12 hours before the book hit U.S. shelves, Rep. Alexandria Ocasio-Cortez talked to an Instagram Live audience about pain. "Trauma[s] compound on each other," she said, referring to her experience during last month's Capitol insurrection. "So whether you had a neglectful parent, or whether you had someone who was verbally abusive to you ... small to large, these episodes can compound on one another.”

By Tuesday morning, as AOC's 90-minute video racked up millions of additional viewers, U.S. bookstores were unpacking Girl A and introducing its similarly-named heroine to customers. It's a compulsive read, propelled by the straight-talking protagonist, whose pain has calcified where you least expect it.

More like this
We’ve Entered The Hot Boy Reader Era
By Samantha Leach
Netflix Shut Down 'Bridgerton' S3 Rumours About A “Very Dark” Storyline
By Bustle
Jessica Simpson On The Time She Was Pursued By A Backstreet Boy & An *NSYNC Member
By The Editors
A New Netflix Doc Will Explore The Unsolved Murder Of Jill Dando
By Sam Ramsden
Get Even More From Bustle — Sign Up For The Newsletter
From hair trends to relationship advice, our daily newsletter has everything you need to sound like a person who’s on TikTok, even if you aren’t.