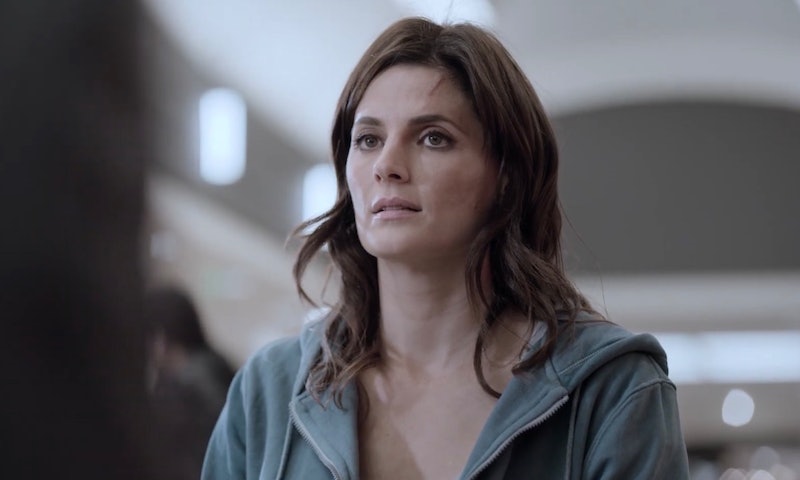 With Amazon Prime Video premiering Absentia's action-packed third season on July 17, FBI agent Emily Byrne (Stana Katic) has come a long way since returning from a six-year abduction with no memory. Whether or not she'll be back on the case for a potential Absentia Season 4, however, remains to be seen. Amazon gave the thriller a formal Season 3 pickup in September, so an announcement about the series' fate may still be several months away. Despite the September 2019 renewal, filming was already well underway in Sofia, Bulgaria at the time of the announcement, per Deadline, and Katic had hinted at the news by sharing social media photos while on location.

The thriller's third season picked up three months after the Season 2 finale, and Emily wasted no time getting back in harm's way as she quickly neared the end of her suspension. In a June interview with goldenglobes.com, Katic previewed what fans could expect in Absentia Season 3. "What’s going on for Emily is finding a new normal," the Castle alum explained. "This was really exciting for me because in the past she's been a victim, and now our protagonist becomes a character that is truly dictating her own future. You’ll also see her son Flynn [Patrick McAuley] initiated into manhood throughout the season and step up and truly become his mother's son." When a criminal case threatened her family, however, she and ex-husband Special Agent Nick Durand (Patrick Heusinger) naturally couldn't help but intervene — even though doing so put Nick's life in serious danger.

If a Season 4 renewal at all hinges on fan approval, Katic has reason to be optimistic. As she summed up to the Hollywood Foreign Press Association-run publication: "I am grateful for any audience and I love that so many of them followed me from Castle to Absentia."

More like this
A 'Terminal List' Sequel & Spinoff Are Reportedly In The Works
By Kadin Burnett and Grace Wehniainen
Everything To Know About The 'Daisy Jones & The Six' TV Series
By Maxine Harrison and Brad Witter
'That '90s Show' Is Officially Coming Back For Season 2
By Gretchen Smail and Grace Wehniainen
The Plane Crash In 'Dear Edward' Is Based On A 2010 Tragedy
By Grace Wehniainen
Get Even More From Bustle — Sign Up For The Newsletter
From hair trends to relationship advice, our daily newsletter has everything you need to sound like a person who’s on TikTok, even if you aren’t.