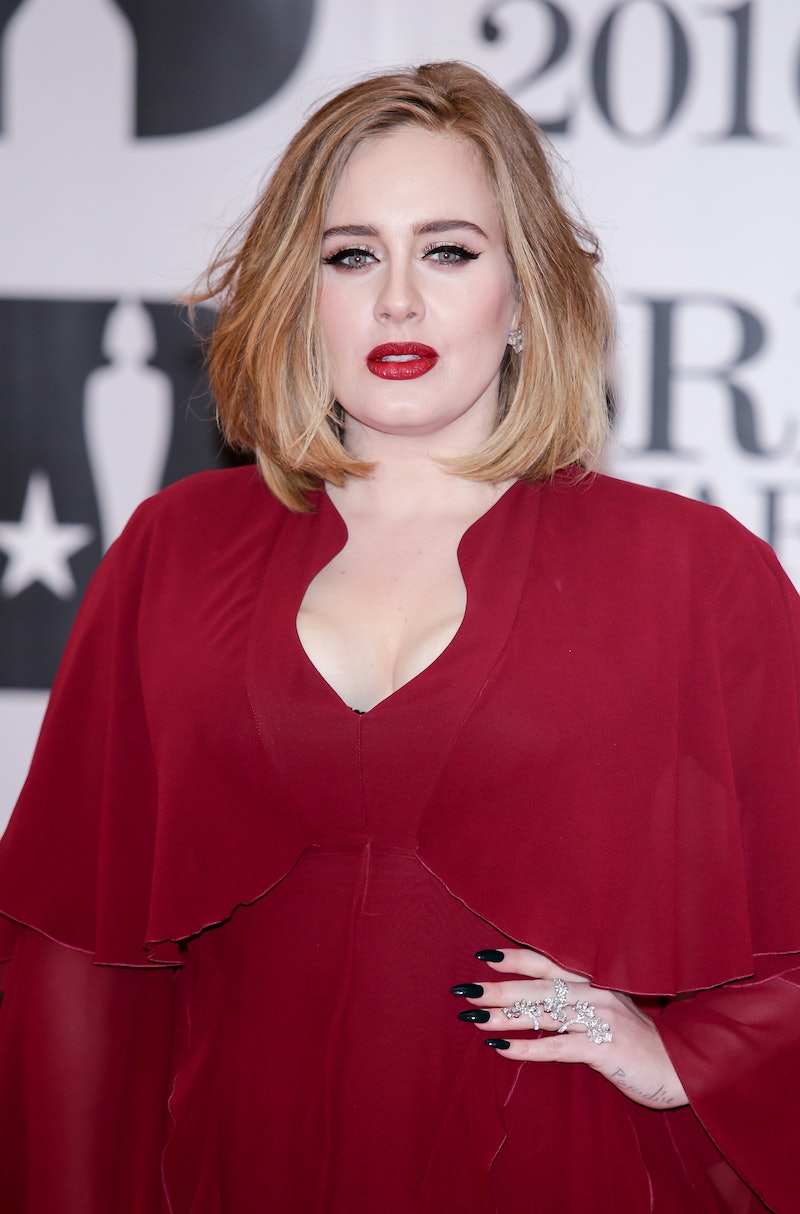 When Adele posts a photo to Instagram, the world pays attention. The singer, who boasts over 38 million followers on Instagram, sparingly posts on the platform. But this Sunday, Adele shared a photo on Instagram with the caption, "Happy what would be Notting Hill Carnival my beloved London."

In the photo, Adele is wearing a Jamaican flag-themed bikini and a pair of yoga pants with her hair curled up in bantu knots and adorned with feathers jutting out of the back. And Adele's festival outfit — as well as her Instagram post — has drawn a mix of reactions from social media users.

Some were looking for new music from the star, while others were criticizing her Jamaican-influenced look, or comparing her to another famous pop star. "Did anyone else also think this was Katy Perry at first glance," Pitchfork editor Puja Patel wrote on Twitter. Whereas another Twitter user wrote, "Adele out here looking like the tombliboos from in the night garden."

While the star has laid low this year, many are eagerly awaiting her next album. In February 2020, Adele was performing at her friend Laura Dockrill's wedding when she told the crowd to “expect my album in September,” as Vanity Fair reports. However, Adele's manager Jonathan Dickins recently confirmed that her new music has been delayed indefinitely. “It isn’t coming in September, it’ll be ready when it’s ready," Dickins told Music Week. "We’re all in the same boat, you’re doing stuff and then all of a sudden, the world stops. It’ll come when it’s ready. I can’t put a date on that yet. We have music, but we’re still working.”