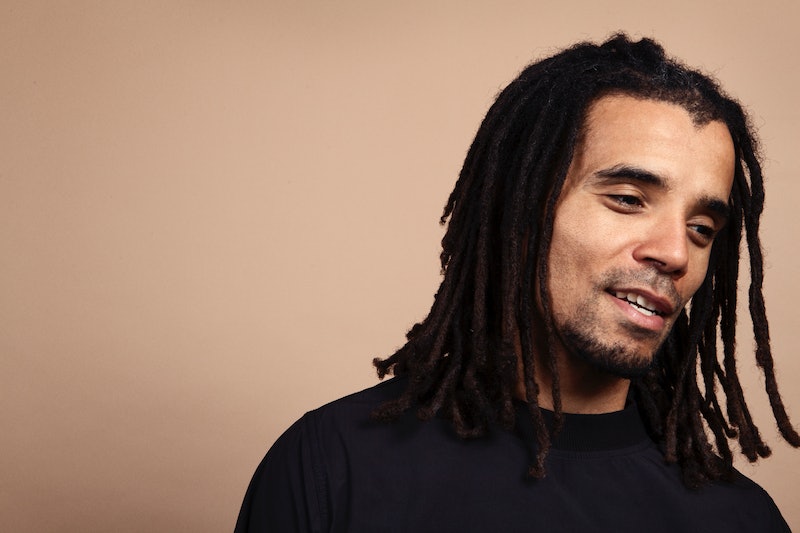 “Books played such an important role in my life growing up,” reflects Akala over Zoom. “I don’t think there’s any way of overstating how important that is.” Following on from his bestselling nonfiction, Natives: Race & Class in the Ruins of Empire, the BAFTA and MOBO award-winning artist, writer, and social entrepreneur has made his first foray into Young Adult fiction.

Writing his latest novel, The Dark Lady, he says was “extremely difficult” but “incredibly satisfying”. “I did geek out,” he laughs. “I’ve tried to condense the entire 1590s into one summer.”

While a challenge to create, the new novel isn’t entirely new territory for Akala. The Dark Lady is a combination of everything we’ve come to celebrate the writer for: an almost encyclopaedic grasp of history, his profound storytelling ability, and, with The Hip-Hop Shakespeare Company, setting the Bard’s works to a modern beat. “I just think that he’s [Shakespeare] written some of the best characters ever made,” Akala tells me.

Set in 16th century London, his new book is inspired by Shakespeare’s series of Dark Lady sonnets, and the mysterious woman with “dun” coloured skin. Akala has also drawn details from the history of medieval West Africa – the story follows mixed-raced Henry, an orphan, outsider, and a thief invested with magical powers. “Most period stories tend to focus on elites, and so I wanted to write something from the perspective of poor people from the streets back then,” he explains.

While Akala’s first introduction to Shakespeare was largely positive – during his GCSEs, the same year Baz Luhrmann’s Romeo + Juliet was released – he admits that not all young people are similarly fascinated. “I’ve taught in countless schools, and young Black people in particular would say: ‘Sir, were there Black people in Shakespeare’s time?’ It’s very clear to me there really was no general conception of a Black person in medieval existence,” Akala notes.

The Dark Lady might be Akala’s first YA fiction, but it’s unlikely to be his last. Writing books that young adults feel they have an affinity with is, he says, “something I’ve always wanted to do, and will probably do more of.”

Below, Akala shares his thoughts on Black representation in period dramas, his love of history, and the power of reading books.

On Writing YA Fantasy Fiction For The First Time

There was a point when I was in the middle of draft one-and-a-half and I thought, “Oh my God, this is garbage, this is never going to work out.” But then, I had read that other really seasoned writers like Stephen King still have that feeling, even now. That helped me.

On Geeking Out On Tudor History

I did geek out! I even put a note in the back of the book explaining that when I’ve deviated from historical truth, I have done it deliberately. I’ve tried to condense the entire 1590s into one summer. I had a massive map of Tudor London, so when I’m describing Henry taking a left down a street, I was literally looking at that map. I’d like to do that process again.

On Capturing The Real Energy Of Shakespearean Plays

Part of the problem is it’s mostly presented as posh, when most of Shakespeare’s audience couldn’t read or write. There was one account I read of a guy caught pickpocketing during a play – they tied him to the post of the stage at the Globe, and threw tomatoes at him for the rest of the show. It was rowdy, like a rock concert, and I wanted to get some of that across in the book.

On Black Representation In Period Dramas

People get more information about history through popular culture than they do from history class or history books. One of the reasons I think it’s hard for people to imagine a Black medieval existence is because of the lack of Black period dramas, and Black historical fantasy films. I’m a huge fan of Game Of Thrones, but it was a shame that all of the Black characters were slaves or had slave origins. I thought they really missed a trick there. We’ve never seen a functioning, medieval African kingdom portrayed.

On Being Inspired By Shakespeare’s Dark Lady Sonnets

I just really liked those sonnets. The fact that people call her “the Dark Lady”, although Shakespeare calls her “Black” over and over again, is fascinating to me. We don’t know who she was. We don’t know for certain that she was an African woman, but we do know there was an African presence in London. I thought it would be a really good jump-off point.

On The Power Of Reading As A Teenager

The more I look back, on paper, I had all of the wrong things in life: single parent family, free school meals, teenage parents, uncle in prison... All of the tick-box cliches that said I should have gone to jail. Yet, I also had enormous benefits – one of them was getting into reading really early. There’s a sense of entitlement you feel when you have a good grasp of language, and can articulate yourself well.

The Dark Lady is out now and available via all usual stockists. Check Akala’s website for more details on this and his other works.

This article was originally published on May 13, 2021