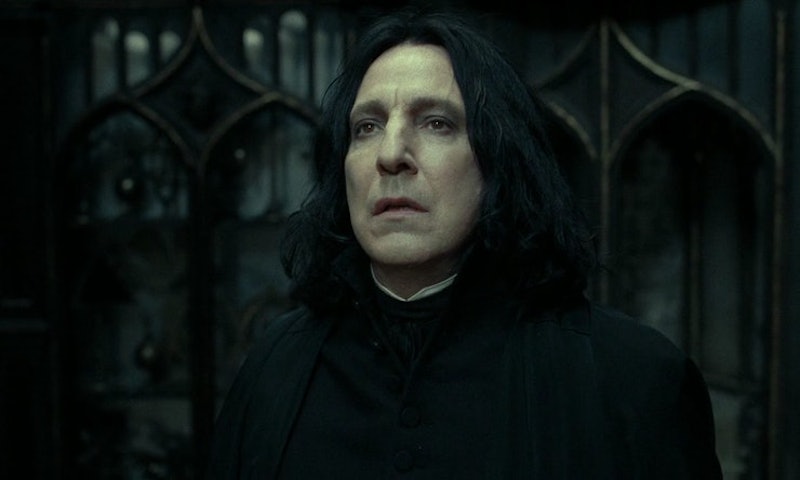 There are a number of notable figures absent from the Harry Potter: Return To Hogwarts reunion special, including the late Alan Rickman, who played everybody’s favourite anti-hero Severus Snape. But while Rickman — who died in 2016 — is no longer with us, that didn’t stop his fellow co-stars from sharing warm anecdotes about the actor, one of which was detailed by Daniel Radcliffe himself.

Radcliffe revealed that Rickman was the only one who knew key elements to the story’s ending before the final books had even been published and while the cast were still working on the earlier movies.

Speaking to Gary Oldman (who plays Sirius Black), Radcliffe explained that author JK Rowling had revealed secrets to Rickman over any other cast members: "He very early said to Jo, 'I think I need to know' and he never told anyone. Chris [Columbus, director for the first and second movies] would say 'why are you doing that?' and he'd say 'I will tell you later’.”

While it is unknown exactly what information about the plot Rickman was privy to, we can hazard a guess that it has something to do with the major twist that involved Snape’s character.

Back in 2016, after the actor’s death, it was widely reported that Rickman had been told of Snape’s complex nature that ultimately painted him as one of the franchise’s bravest double-agents, who fights to keep Harry safe through his love of the latter’s late mother, Lily Potter.

“I knew with Snape I was working as a double agent, as it turns out, and a very good one at that,” he had told the LA Times back in 2011.

“Will you tell us the piece of information that you told Alan Rickman about Severus Snape? Or will that forever be a secret?” a Twitter user also asked JK Rowling in 2016, to which she replied: “I told Alan what lies behind the word 'always'.”

Fans of the franchise will know that this is in reference to Snape’s deep, ongoing love for Lily, which was represented by his partronus changing into a doe just like hers.

Years later, it was revealed that Rickman nearly chose to leave the franchise after a couple of movies, before being told this piece of information that seemed to change everything for him. Knowing the secrets of Snape’s past and future meant that Rickman was able to play his character to the best of his ability, according to those who worked with him like producer David Heyman.

“It was quite amusing, too, because there were times when a director would tell Alan what to do in a scene and he would say something like, ‘No I can’t do that — I know what is going to happen and you don’t’,” Heyman told the LA Times.

“He had a real understanding of the character and now looking back, you can see there was always more going on there — a look, an expression, a sentiment — that hint at what is to come ... the shadow that he casts in these films is a huge one and the emotion he conveys is immeasurable.”