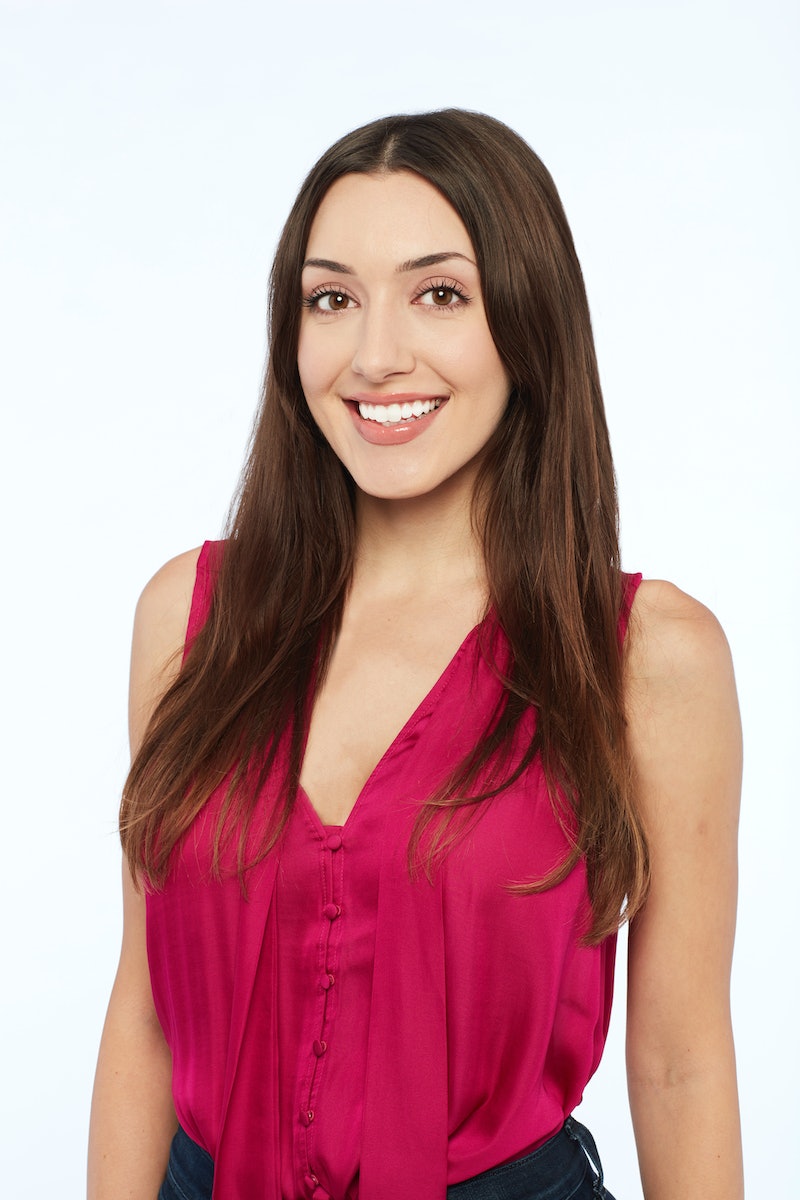 As a dual citizen who spent her college years in Europe, Bachelor contestant Alana Milne has traveled the world. So she may have been trying to give Matt James a taste of Italy when she chose a pasta-themed limo exit. "I'm not going to say the boldest, but [she] definitely [had] one of the boldest entrances of the season," host Chris Harrison teased in an introduction video. "I’ll just give you a hint: Lady and the Tramp." He added that the 26-year-old from Toronto, Canada reminds him of Season 11 Bachelorette Kaitlyn Bristowe, which could mean she'll be sticking around for a while.

Get to know more about Alana below.

Alana is a photographer and videographer who began working at her family's Toronto acting training studio, Milne Studios, in 2017. While there, she worked as the in-house headshot photographer, lead the graphic design team, and facilitated events. After the pandemic reduced her position to part-time, however, she decided to take on a "passion project and move back to the U.S. to develop a "completely sustainable eco friendly and ethically made clothing line." (Though Alana is from Toronto, she grew up in San Antonio, Texas following her parents' divorce).

Alana's Instagram is expectedly filled with plenty of professional-quality selfies and artsy travel shots in places like Portugal, Indonesia, Spain, France, and Amsterdam.

ABC describes Alana as someone who "has always taken the road less traveled," including when she studied aborad in Europe instead of going to college in the states. "After High school I wasn’t really sure what I wanted to do. However, I did know that I wanted to see things, experience things — get out there and go," she wrote on social media. Because she "didn't grow up with a lot of money," she says a "big budget university wasn't really an option" for her.

"I needed to find a way to see the world on a budget," Alana added. "I found out how to spend my entire college experience (and time after college) abroad for far less than you’d think. . . . I wouldn't trade it for a thing and it helped shape me into the person I am today."