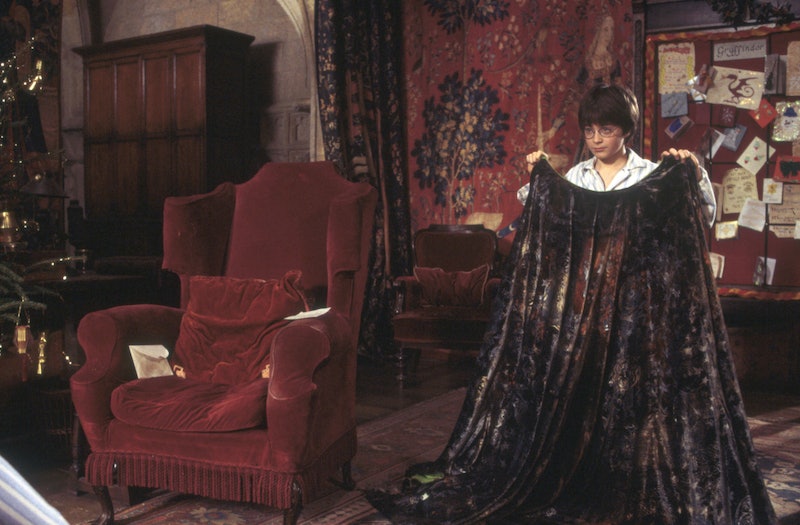 Ever since watching the very first Harry Potter movie all those years ago, you may have had dreams of being accepted into Hogwarts, where trolls, three-headed dogs, and flying golden balls all run rife in the grounds. Well, I’ve got perhaps the next best thing: a cloak reminiscent of the one HP himself receives for Christmas, which grants him invisibility (they’re really rare, as Ron would say). Aldi has launched a Harry Potter invisibility cloak that can actually make you appear invisible (small print: via an app).

The Harry Potter Invisibility Cloak launched onto Aldi’s website this week, and retails for £27.99, which is pretty reasonable for a garment that will basically make you believe in magic.

The cloak comes with a little phone stand, which (after downloading the correlating app) allow you to recreate your fave HP scenes and disappear on the screen.

The product has already received rave reviews online, with customers marvelling over its ease of use and how much fun it has brought them.

The only bad news is that the product has actually sold out online, but we’re keeping our fingers crossed it’ll pop back up very soon, or be available in stores too. Bustle has reached out to reps at Aldi to find out if there’s any more information on that front and I’ll keep you posted on what we hear.

In the mean time, you may want to check out the supermarket’s other new Harry Potter-inspired goodies, which we can keep our fingers crossed to return, too. There’s lots to choose from, including a Mystery Flying Snitch, plenty of clothing (including hoodies and PJs), and a talking Dobby Soft Toy.