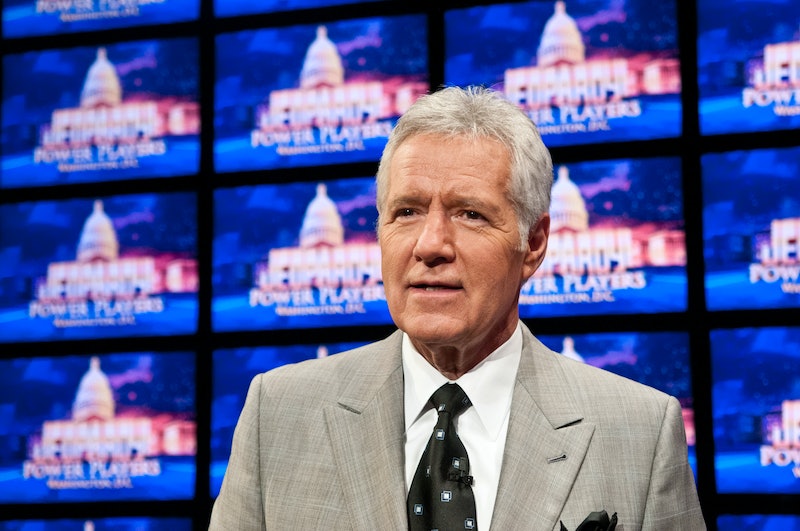 To commemorate her late father's final Jeopardy! episode when it aired on Friday, Jan. 8, Alex Trebek's daughter Nicky paid tribute to the longtime host on social media. “You were extraordinary!!!” she captioned an Instagram photo of the words “Jeopardy! Forever!” Nicky, who is Trebek's daughter with ex-wife Elaine Trebek Kares, added several hashtags, including #wemissyoudad, and also shared a video and image in her stories.

One of Nicky's posts linked to Jeopardy!'s Trebek tribute video, which aired at the end of the episode. The clip montage was set to set to Hugh Jackman singing the Peter Allen song "Once Before I Go," and it highlighted the Emmy winner's storied 36-year tenure as host of the syndicated quiz show. The walk down memory lane featured such moments as him arm-wrestling a contestant, as well as the time he arrived on set without pants.

Trebek, who died on Nov. 8 at age 80 from stage 4 pancreatic cancer, filmed his last episode in late October. He kicked off his final week of episodes with some of his own words of wisdom. "You will recall about a month ago, I asked all of you to take a moment and give thanks for all of the blessings that you enjoy in your lives," he said less than two weeks prior to his death.

"Now, today a different kind of message. This is the season of giving. I know you want to be generous with your family, with your friends, your loved ones, but today I'd like you to go one step further," Trebek continued. "I'd like you to open up your hands and open up your hearts to those who are still suffering because of COVID-19. People who are suffering through no fault of their own. We're trying to build a gentler, kinder society. If we all pitch in just a little bit, we're going to get there."

Jeopardy! champ Ken Jennings will kick off a rotation of familiar interim guest hosts, beginning Jan. 11, People reported. "There will only ever be one Alex Trebek, but I'm honored to be helping Jeopardy! out with this in January," Jennings tweeted on Nov. 23.

Prior to him temporarily taking the reins, however, Trebek got in one last, "So long, everybody."