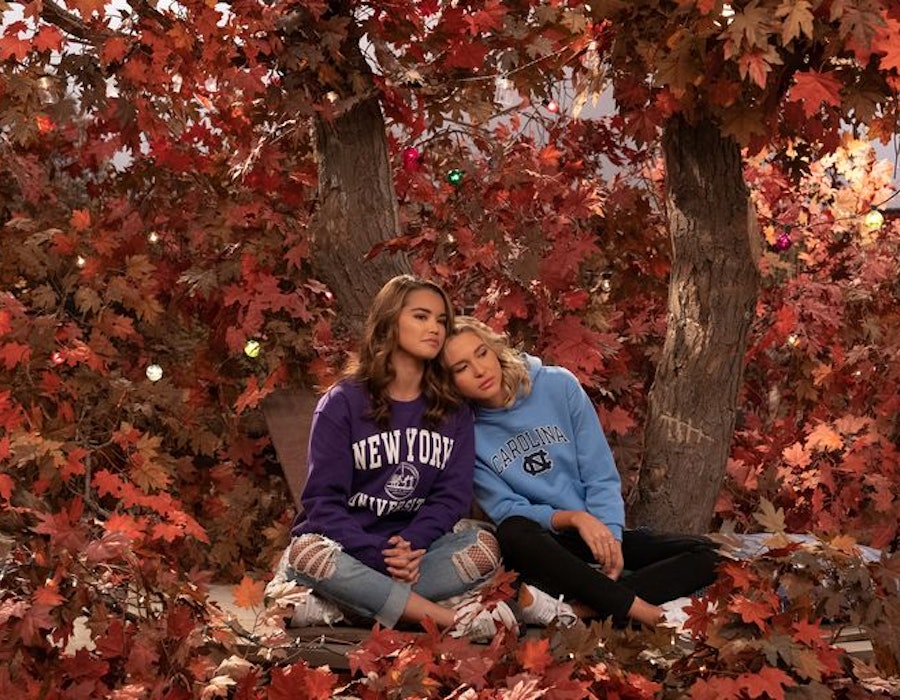 When Alexa & Katie premiered on Netflix back in 2018, best friends Alexa (Paris Berelc) and Katie (Isabel May) were about to start their freshman year of high school. But before they could jump into the brand new world of ninth grade, they had to face a crisis: Alexa's cancer diagnosis. The quirky family comedy explored how two best friends could get through high school together while also dealing with more serious life and death issues. The series co-stars Jolie Jenkins, Emery Kelly, Eddie Shin, Finn Carr, Tiffani Thiessen, and Jack Griffo.

In Season 1, Katie shaves her own head when Alexa starts losing her hair, and together, the two braved freshman year together. Season 2 of the series tackled their sophomore year and the first part of Season 3 dove into junior year. The second half of Season 3 (also called part 4) hits Netflix on June 13 and sees the two BFFs heading strong into senior year. But prepare your tissues, because Alexa & Katie won't return after part 4, these young ladies are graduating and moving on.

As Netflix's official synopsis details, in the second half of Season 3, "Alexa tries to put cancer behind her but a new person in her life might make that especially hard. Katie is already feeling the pressure of her future and needs all the support she can get from her best friend who’s side she has stood by for two seasons. In part 4, summer's over, and Alexa and Katie are starting their senior year. They've been through so much together — but there's still more to come." Part 4 will deal with issues like college affordability, leaving home, going to the prom, and what happens when the person who has been your rock for most of your life isn't going to be around.

Seventeen Magazine first broke the news that the show was coming to an end after part 4. The two stars spoke with the magazine about their experiences on the show and moving on.

"Alexa & Katie was not only fun and welcoming, it was a project I had a really hard time letting go," Berlec told Seventeen. "Everyone on set from writers to makeup and hair, grips, production, cast...we are all a true family. These final episodes are touching and fulfilling. Thank you for the experience and the memories I will never forget. I am so grateful to have been your Alexa."

May also told the magazine, "[I'm] so proud of this last season and forever grateful that I was lucky enough to help tell Alexa and Katie’s story. [It's] a loving farewell."

More like this
At 28, Debra Jo Rupp Was Living A Much Different '70s Show
By Grace Wehniainen
Every 'That '70s Show' Character Who Returned For The Netflix Spinoff
By Grace Wehniainen
Here’s Why Danny Masterson’s Hyde Isn’t In 'That '90s Show'
By Brad Witter
Love Is Blind’s Natalie Claims Shayne Signed Up For 'Perfect Match' While They Were “Still Together”
By Brad Witter
Get Even More From Bustle — Sign Up For The Newsletter