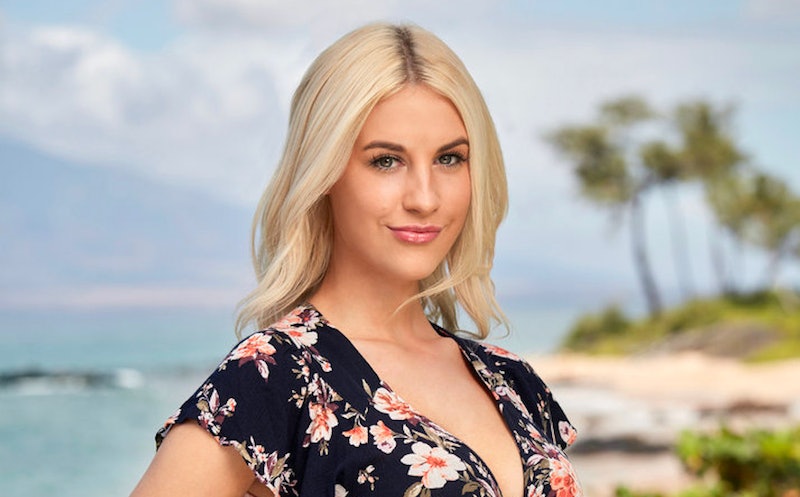 One person you can count on to stir the pot in Temptation Island Season 3? Alexcys Homan. "So we're not breaking any rules if anything happens," she tells one of the men who went on the show to test his relationship in the show's trailer.

According to her official bio, Alexcys has been single for four years and went on the show ready to "find a meaningful relationship." How meaningful a relationship can be when it starts out with what's basically sanctioned cheating, we'll have to see. But here's what to know about the 23-year-old ahead of Temptation Island's Season 3 premiere.

Alexcys' job is in the entertainment industry

According to Alexcys' bio, she's a personal assistant in Los Angeles. Her LinkedIn and Facebook both confirm that she works for Warner Bros. Entertainment. Perhaps she assists celebrities working on Warner Bros. projects or maybe she works for some higher up execs. A few years ago she tweeted that she was working on a movie set, so either way, her job seems pretty cool.

Alexcys barely uses Instagram — or any other social media

Contrary to most reality stars, Alexcys barely has a social media presence. She hasn't used her Twitter since 2018, but she used to post often about wishing she could find that special someone.

She's used Instagram more recently, but she's only posted eight pictures in total. Most of Alexcys' content includes photos with her friends, pictures of her travels (she visited New York late last year), and fashionable selfies. She loves a good bucket hat.

Perhaps she's playing coy online because she's dating someone from Temptation Island and she's trying to keep it a secret. Or maybe Alexcys is one of the rare reality stars who likes to keep a low profile. We'll find out more when Temptation Island premieres on Feb. 16.

More like this
'Love Island’s Kai Fagan Is Very Clear About What He Doesn’t Like
By Sam Ramsden and Darshita Goyal
'Love Island' Has Added Yet Another Bombshell To The Villa
By Bustle UK
Twitter Is Saying The Same Thing About 'Love Island'
By Sophie McEvoy
Twitter Is Saying The Same Thing About Ekin-Su’s 'Dancing On Ice' Debut
By Sophie McEvoy
Get Even More From Bustle — Sign Up For The Newsletter
From hair trends to relationship advice, our daily newsletter has everything you need to sound like a person who’s on TikTok, even if you aren’t.