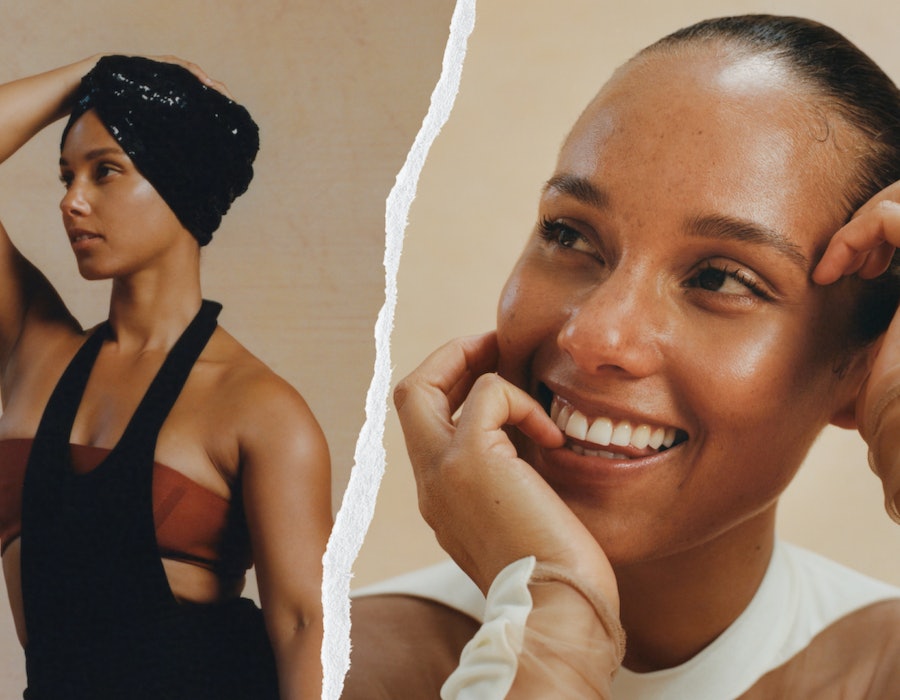 From the moment she sat at the piano and crooned about fallin’ in love in 2001, the world fell in love with Alicia Keys in return. However, the road to stardom wasn’t always easy. In a new video for Bustle’s cover story marking the 20th anniversary of her debut album, Songs in A Minor, Keys reflects on her ’90s roots and the subsequent huge career moments that left an impact on her. Yes, we’ve all been singing “Fallin’” for 20 years now.

Keys, a 15-time Grammy winner, reveals that she started writing Songs in A Minor when she was just 14 years old growing up in Manhattan. “I was really beginning to understand what writing felt like to me,” she says. “I was on the streets in New York, walking on every subway, every train, every block in Harlem and Hell’s Kitchen, all over the city. And I was alone a lot, being able to see what was around me and translate that into feelings and emotions.”

Those emotions wouldn’t be fully realized into songs until she met producing partner Krucial in 1998 and signed with J Records two years later. Even with their support, she had to perform everywhere to get “Fallin’” off the ground. “It was the song that everybody gravitated towards, but it also didn’t sound like anything else, so a lot of people didn’t get it,” she recalls. “We started to make people believers, and it was especially when they would see me play.” With the help of Keys’ landmark performance on The Oprah Winfrey Show in 2001, the rest was history.

While Keys has always had full creative control of her music, her beginnings also prove that female performers in the early 2000s had it rough, something that the public has recently been reckoning with thanks, in part, to The New York Times documentary Framing Britney Spears, which outlines the media’s sexist and unfair treatment of Spears. In comparison, Keys mostly came out unscathed thanks to her reliable team. “I had a lot of great working relationships with really strong men, which showed me how to stand up for myself,” she tells Bustle in a new cover story. “Those relationships really helped me to find my way and to understand it.”

In fact, Keys credits those men, including Krucial and label founder Clive Davis, who she remains close with today, for shielding her from much of the industry’s dark side. “Obviously, with hindsight, everything you see is 20/20, but when I look back at my relationship with Krucial, I know it was ordained,” she says. “It protected me in so many ways. It protected me at a very young age from being around people that didn’t have my best interests at heart. I was so young — 14, 16, 18. And in these spaces, I naturally thought everybody knew better than me. Because what did I know? I was just starting.”

However, with age and experience came an invaluable lesson that now drives all of her choices in life, from motherhood to music, including her upcoming new album Homecoming. “No matter what age you are, nobody knows you better than you,” she proclaims.