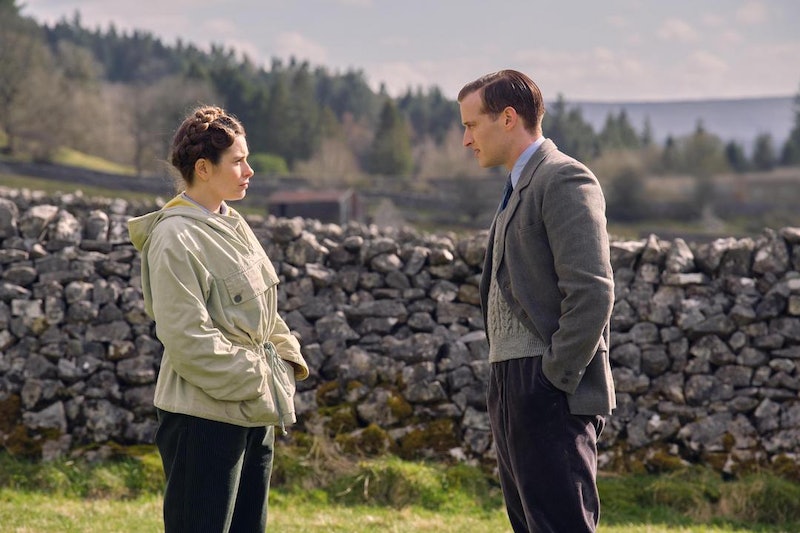 Based on the classic books of the same name, Channel 5 hit series All Creature’s Great & Small has commanded a cult following since it debuted in 2020. The drama follows the trials of a Glaswegian veterinarian James (played by Nicholas Ralph) during the 1930s as he moves to a small Yorkshire town and quickly falls madly in love with local woman Helen Alderson — and, as with any good plot, she’s already engaged to another man. During season two, which began airing on September 16, we’ll likely see more of will-they-won’t they-couple, but will James and Helen ever actually get together?

Well, luckily for fans, all signs point towards yes. It’s highly probable that James and Helen will get together and maybe eventually get hitched. The original books were penned by British veterinarian Alf Wight under the pseudonym James Herriot, and he based much of All Creatures Great & Small on his real life.

Like his character James, Alf also moved to a rural town, worked under an eccentric boss, and fell in love with a local woman, although her real name was Joan. In real life, Alf and Joan eventually got married and had two children named Rosie and Jim (but before you ask – no, there’s connection to the children’s TV show).

If that’s not enough sign for a romantic ending, it’s worth noting that All Creatures Great & Small was first adapted for TV by the BBC from 1978 to 1990. This hugely successful TV series followed much of the novel’s plot, and Helen and James got married in the first season also.

For Channel 5’s modern adaptation of All Creatures Great & Small, fans saw Helen Anderson (played by Rachel Shenton) accept the engagement to wealthy landowner Hugh Hulton (Matthew Lewis), leaving James Herriot (and viewers) heartbroken at the end of season one. However, during the December 2020 special episode, Helen ultimately called off her December 25 wedding and hope returned.

Still, it seems All Creatures Great & Small, is going to make viewers wait for what seems like the inevitable, as the atmosphere is said to be “awkward” for Helen and James after the vet gives her space following her disastrous wedding.

As actor Nicholas Ralph explains, per The Express: “When you haven't seen somebody for three months, you know that is a long time, especially when you really like somebody."So I think yeah, maybe it has the potential to be a little bit awkward and some things left unsaid or unresolved."

“Between them, just more that distance and that separation has been more painful than anything,” the actor added. "When I say painful I mean not crying myself to sleep, but it's not what he wants to have happened. So yeah, maybe it'll be slightly awkward."