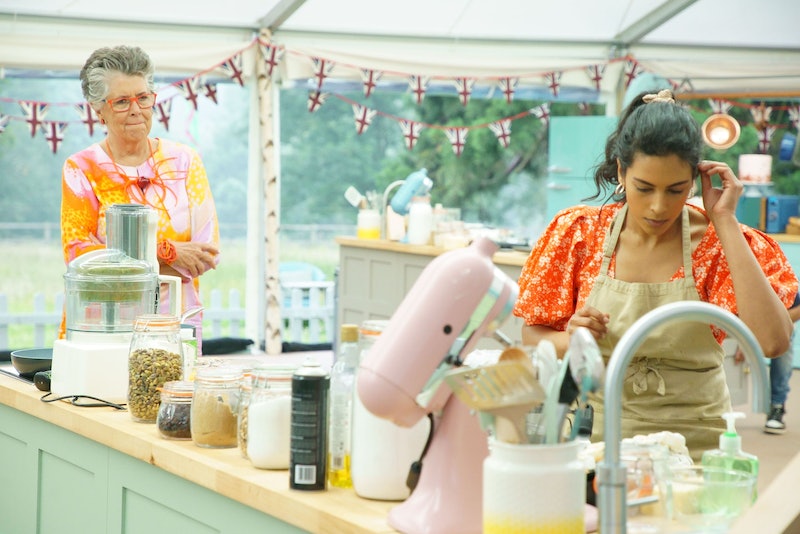 The Great British Bake Off final aired on Nov.23 and — spoiler alert — Giuseppe Dell’Anno has been crowned this year’s top baker. Much to the delight of many GBBO viewers on Twitter, the 45-year-old became the first Italian to win the Channel 4 competition, beating fellow finalists Chigs Parmar and Crystelle Pereira. Fans have been celebrating “worthy winner” Giuseppe on social media not just for his “perfectionist” baking skills, but for the truly memeable moments. So much so, we’ve found all the best GBBO Final memes.

In case you missed it, the final was particularly tense for this year’s bakers who were tasked to make a carrot cake and tea party banquet inspired by Alice in Wonderland. Now whether you were rooting for Giuseppe from the beginning, or still reeling from Jürgen’s shock exit earlier in the season, it’s clear that this year’s European contestants were firm favourites to win, with some Twitter users calling for a Bake Off spin-off where Jürgen and Giuseppe take a culinary road trip (Great idea). And, the memes kept on coming, here are some of the best Twitter reactions from the GBBO Final.

The GBBO Final was a tense watch, NGL.

It’s been one a hell of a year for Italians

The Giuseppe memes make themselves

Noel, please, they don’t want to kiss the spatula