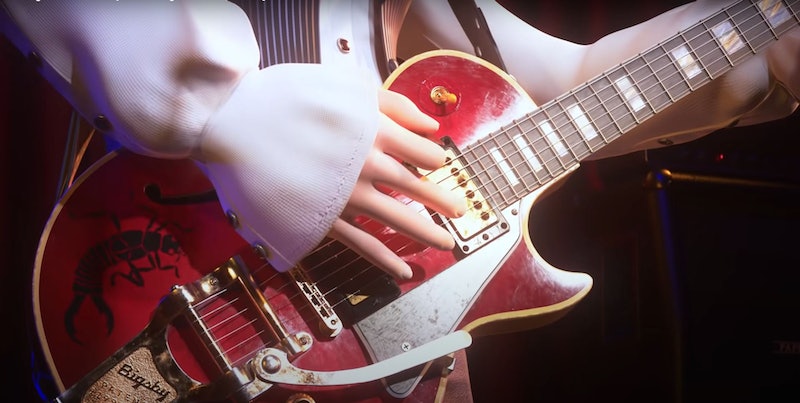 A landmark first for the venerable Studio Ghibli, Earwig and the Witch's premiere will mark the first time the Spirited Away studio has released a fully CGI-animated film. Earwig and the Witch tells the story of a young orphan named Earwig, whose mother leaves her behind at an orphanage for mysterious reasons. A rebellious young child who values her independence, she resists being adopted, but has no choice as she's taken in by a witch named Bella Yaga (Vanessa Marshall) and a strange musician named Mandrake (Richard E. Grant). Of course, she meets a small black cat at her new home, named Thomas (Dan Stevens), who's got a decidedly Jiji-like attitude.

Also center to Earwig and the Witch is music. Not only is Mandrake a musician but Earwig's mother also happens to be a rock star. Naturally, for a film where music seems to play such an important role, the soundtrack is equally as important. Earwig and the Witch is scored by previous Gorō Miyazaki collaborator, Satoshi Takebe. Previously, the pair worked on Miyazaki's 2011 animated feature film From Up on Poppy Hill.

Of particular note is Earwig and the Witch's theme song, "Don't Disturb Me," which plays over the film's trailer. The English version, according to Consequence of Sound, is performed by Kacey Musgraves, who also just so happens to voice Earwig's mom. There's some pretty fantastic guitar licks and the kind of high quality vocals Musgraves' fans have come to expect from the Grammy award-winning star.

Of course, the English dub for Earwig and the Witch makes up only one half of the conversation. The Japanese dub, which is available to HBO Max viewers per Collider, features the vocal stylings of Indonesian actress Sherina Munaf, who, like Musgraves, also performs the film's theme song. The full Munaf version of "Don't Disturb Me" is available on YouTube.

The full track listing for the Earwig and the Witch soundtrack, per Film Music Reporter, is as follows: