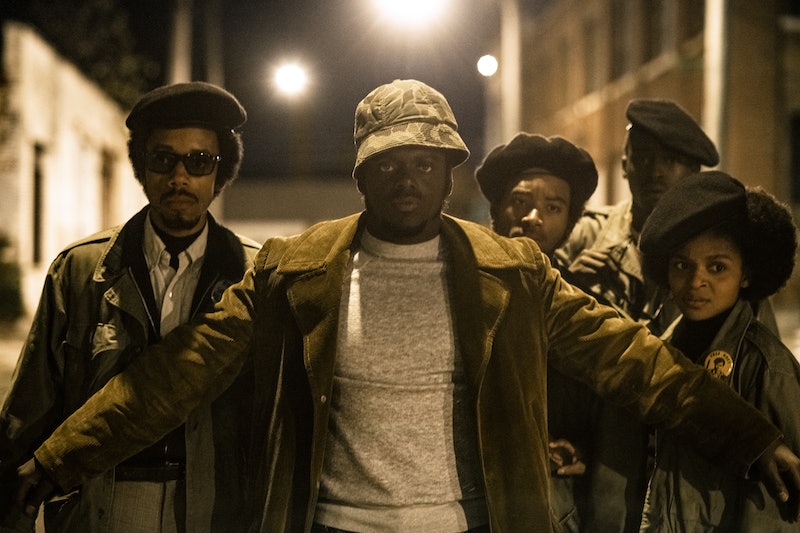 The music of Judas and the Black Messiah stretches across genres and styles. The film, which chronicles Black Panther Party Chairman Fred Hampton (Daniel Kaluuya) and William O'Neal (LaKeith Stanfield), the FBI informant that became a part of his inner circle, is now available on HBO Max. Much like the story is still relevant today, the musical legacy that accompanies that story is one that spans generations.

First, there's the score, written and composed by Craig Harris and Mark Isham (42, Beyond the Lights). The duo was tasked with "enhance[ing] the realistic cinematography of '60s life in Chicago with a combination of orchestral jazz and melancholy strings," the film's press notes detail.

5. "An Understanding" by Eddie Gale

8. "Keep on Pushing" by The Impressions

13. "Sipping A Cup Of Coffee" by The Ordells

14. "A Toast To The People" by Gil Scott-Heron and Brian Jackson

More like this
You’ll Definitely Recognise The Stars Of Amy Winehouse’s Biopic
By Maxine Harrison
Rihanna Shares Video Of 'Black Panther 2' Filmmakers' First Reaction To “Lift Me Up”
By Radhika Menon
Linda Ronstadt’s “Long Long Time” Plays A Pivotal Role In The Last Of Us
By Brad Witter
You’ll Definitely Recognise Isadóra Bjarkardóttir Barney’s Mum
By Maxine Harrison
Get Even More From Bustle — Sign Up For The Newsletter
From hair trends to relationship advice, our daily newsletter has everything you need to sound like a person who’s on TikTok, even if you aren’t.