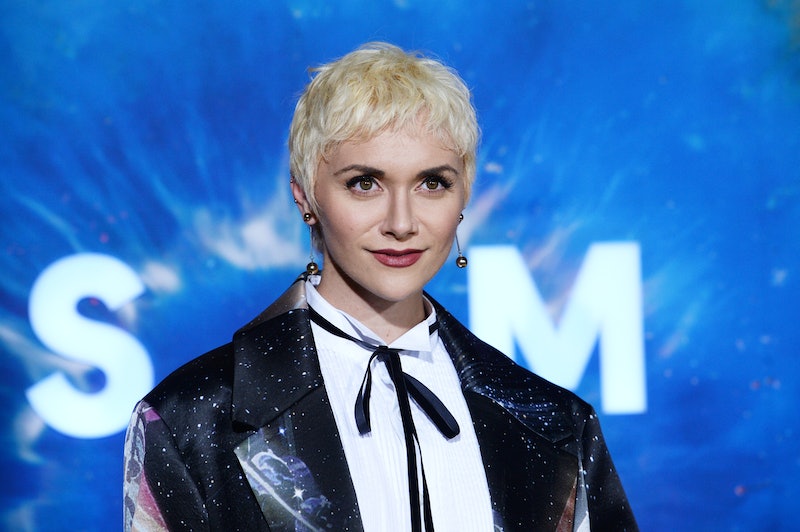 The pattern of child stars succumbing to tragedy is a well-known story in Hollywood, and one of them is speaking out about stopping the cycle. Alyson Stoner wrote about the dangers of child stardom in an emotional op-ed for People, published on Wednesday, April 7, calling out common problems and offering recommendations to protect today’s young celebrities. “For the folks who click on Where Are They Now articles, I am here,” the former Disney star wrote. “We are here. This is your first time reading my story, but it is our millionth time asking you to listen.”

Now 27 years old, Stoner got her start as the scene-stealing young dancer in Missy Elliott’s music videos “Work It” and “Gossip Folks” and later starred in the hit film franchises Step Up and Camp Rock. She wrote her op-ed as a biopic script, lining up her experiences from her child-star days to today and explaining how young stars often follow the “toddler-to-trainwreck pipeline.” “It is expertly constructed and bolted in place by censoring the harm happening behind the scenes, manicuring aspirational lifestyles and outcomes, and then watching young lives tragically implode,” she wrote.

Stoner wrote that she had to audition for a role that required her to feign rape and kidnapping at just 6 years old. By the age of 12, she was “a machine” who worked on too many projects at once. “My body is medically undernourished and chronically stressed, which later will evolve into severe eating disorders, adrenal fatigue and mandatory bedrest,” she wrote of that period.

Her struggles came to a head before she became an adult. The multihyphenate wrote that she secretly entered rehab when she was 17 — against the advice of her team — to address health and family issues, which she says didn’t involve drugs or alcohol. “My childhood is officially gone,” she noted of the time. “I can count on one hand how many times I’ve seen my father since I was little. My father had all three of his daughters ripped away from him and swallowed up by a system that would replace me in seconds.”

Stoner has previously hinted at her struggles as a child star, telling People in 2019 that she developed trust issues due to how much people depended on her financially. Most recently, Stoner wrote on Twitter that she would be interested in having a roundtable with Demi Lovato and their Camp Rock castmates to talk through their tumultuous times on set. “Ngl I would deeply appreciate this,” she responded to a fan who suggested the idea. “Could be healing on many fronts.”

The actor concluded each section of her op-ed by recommending solutions so other child stars don’t face similar struggles, including having mental health professionals on every set, creating “Basic Industry and Media Literacy courses” for stars’ guardians and reps, and forcing stronger child labor laws in all 50 states.

“I believe everyone deserves to feel safe, comfortable and confident in their mind and body, especially youth who are vulnerable with fewer tools to navigate daily life,” she wrote. “There is a way to reconnect with yourself and reclaim your story, your voice, and your authority as your own.”