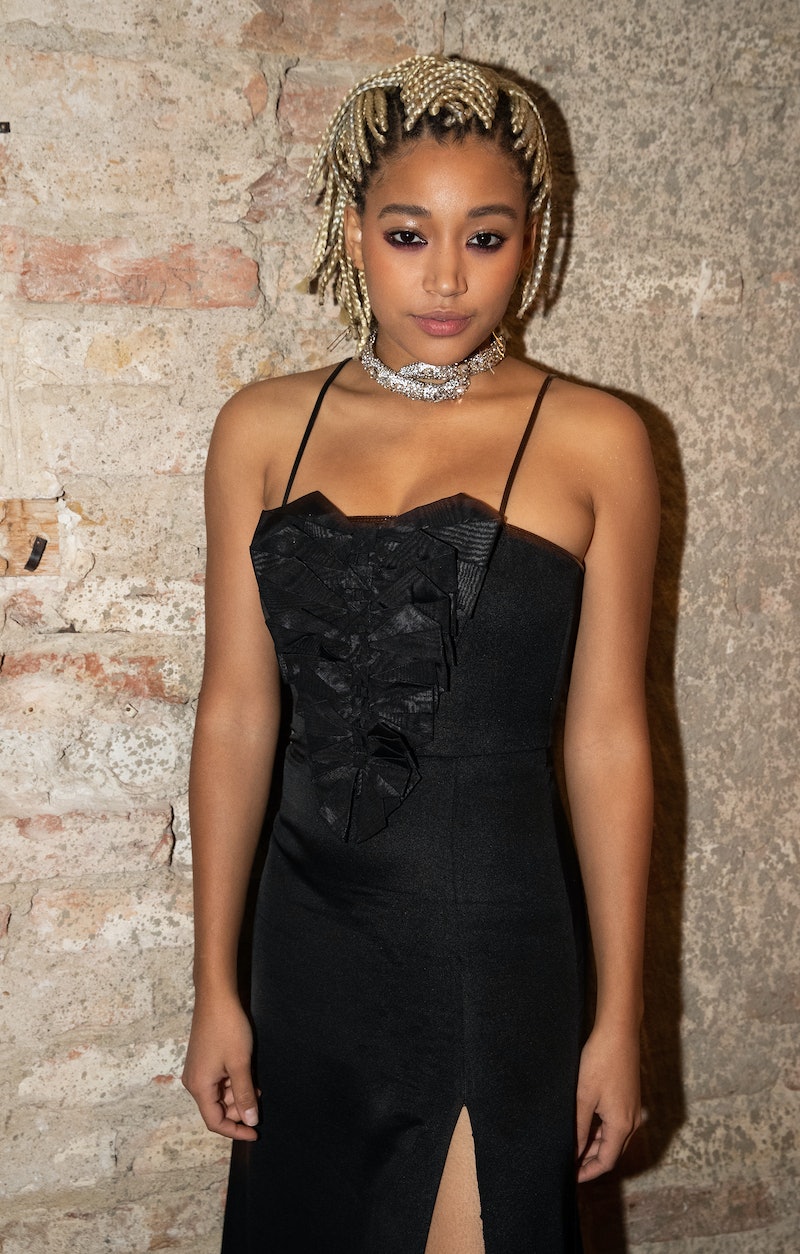 Amandla Stenberg made everyone cry as 12-year-old tribute Rue in The Hunger Games and inspired fans to to fight for racial justice in The Hate U Give, but her next role is going to show how much more the actor has to offer — outside of her acting talent. Amandla Stenberg has joined the Dear Evan Hansen film, as confirmed by The Wrap on Monday, August 17. And not only has she been cast in an expanded role, but she'll also be creating a new song for the highly anticipated film adaptation of the Tony-winning Broadway musical.

Stenberg will play Alana, a role that is only briefly featured in the original musical, but has reportedly been reshaped and expanded for the upcoming film. Alana is described by Deadline as a high school senior with an outgoing personality, great at social media, but suffering from "loneliness and isolation." In the movie, her response to the death of a classmate, the one that kickstarts Evan Hansen's entire journey in the show, starts a movement within their own high school.

To go along with Alana's bigger role, the filmmakers will also be adding a new song to the adaptation, with some help from Stenberg herself. The actor will team up with Oscar-winning duo Benj Pasek and Justin Paul, who wrote the music and lyrics for the original musical, to write a new song for the film that her character will sing as part of the expanded role.

The musical follows Evan Hansen, a high school student with extreme social anxiety who writes letters to himself as a way to cope. He accidentally gets caught in a huge lie when the family of a classmate who recently committed suicide mistakes Evan's letter for a suicide note written by the classmate to Evan, who they thought was their son's only friend. The show opened on Broadway in December 2016 to huge fan and critical acclaim, going to win six Tony Awards, including Best Musical.

Although Universal Pictures has been developing the Dear Evan Hansen film for the past couple years, Stenberg's casting is the first to be officially announced. While it hasn't been officially confirmed as of yet, Ben Platt is expected to reprise his role as Evan Hansen, a role he originated on Broadway, which won him a Tony Award for Best Actor. Booksmart and Unbelievable star Kaitlyn Dever has also reportedly been in talks to play Zoe, the sister of Evan's classmate who eventually becomes a love interest. Steven Levenson, who wrote the book for the musical, has also written the film's screenplay, with Stephen Chbosky signing on to direct.

A release date for Dear Evan Hansen has not been set, but when it finally comes, Stenberg fans are definitely in for a treat.