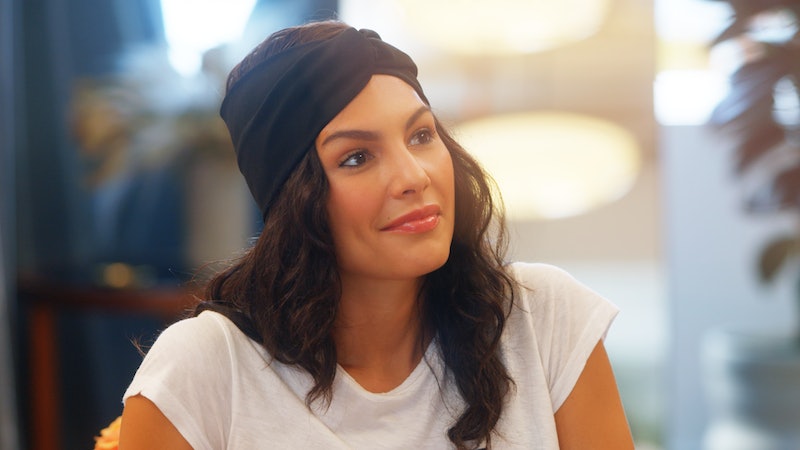 She may be new to Selling Sunset, but Amanza goes way back with The Oppenheim Group. The interior design expert has been friends with Mary Fitzgerald and Jason Oppenheim for years, and was even in Mary's wedding party when she married Romain Bonnet in October. She was a shoo-in for the real estate job too, having previously decorated and staged homes for Hollywood's elite.

The Oppenheim Group's website credits Amanza's business success to her "ability to openly and honestly communicate," which certainly comes in handy when dealing with her costars. Get to know more about the Season 2 newcomer below.

Before joining The Oppenheim Group as a Realtor Associate and Interior Design Specialist, the Vincennes, Indiana native graduated with a degree in Interior Design from Indiana State University. Amanza also had a career as an NFL cheerleader for the Indianapolis Colts, in addition to modeling both in print and on television. For her first gig, she appeared on Lucky Strike Lanes billboards nationwide, and was later a briefcase model on Deal or No Deal for several seasons.

More recently, she's worked as an interior decorator and home stager, first decorating kid rooms through her Kidterior Design company. She's since moved on to working with all age groups as the CEO of Amanza LLC, and her ultimate goal is to host her own television show.

In July 2010, Amanza married retired NFL star Ralph Brown, with whom she shares kids Noah, 10, and Braker, 8. The pair divorced after their children were born, however. In her 2018 Deal or No Deal bio, Amanza listed having her "two babies and raising them as a single mom" as her proudest accomplishment. In addition, the one item on her bucket list was to adopt a baby.

Following her divorce, Amanza and Taye Diggs were spotted holding hands in April 2014 before making their red carpet debut as a couple at the BET Awards in June. "They are 100% in love," a source told E! News at the time. "They have been dating for a while." After four years together, the pair split in 2018.

According to Amanza's Instagram bio, she's currently single, and her children appear of be the center of her life, as she frequently documents their adventures on her feed. Among her famous followers: Taraji P Henson, Marlon Wayans, Mike Colter, and Van Jones.

Amanza announced she was joining Selling Sunsetin an April 22 Instagram post. "YAY!!!!! So exciting!!!!" Chrishell Stause commented on the casting news. Since then, she's shared several other photos with her "boss babe" costars.

Despite the drama, Amanza seems to be fitting in at Oppenheim just fine.

More like this
Love Is Blind’s Natalie Claims Shayne Signed Up For 'Perfect Match' While They Were “Still Together”
By Brad Witter
'RHOP' Stars Robyn & Juan Reportedly Got Remarried & Filmed The Ceremony
By Brad Witter
Molly-Mae & Tommy Fury Revealed Their Baby Girl's "Really Unusual" Name
By Sophie McEvoy and Sam Ramsden
Brittany Snow Files For Divorce From Tyler Stanaland After 'Selling The OC' Drama
By Grace Wehniainen and Radhika Menon
Get Even More From Bustle — Sign Up For The Newsletter
From hair trends to relationship advice, our daily newsletter has everything you need to sound like a person who’s on TikTok, even if you aren’t.