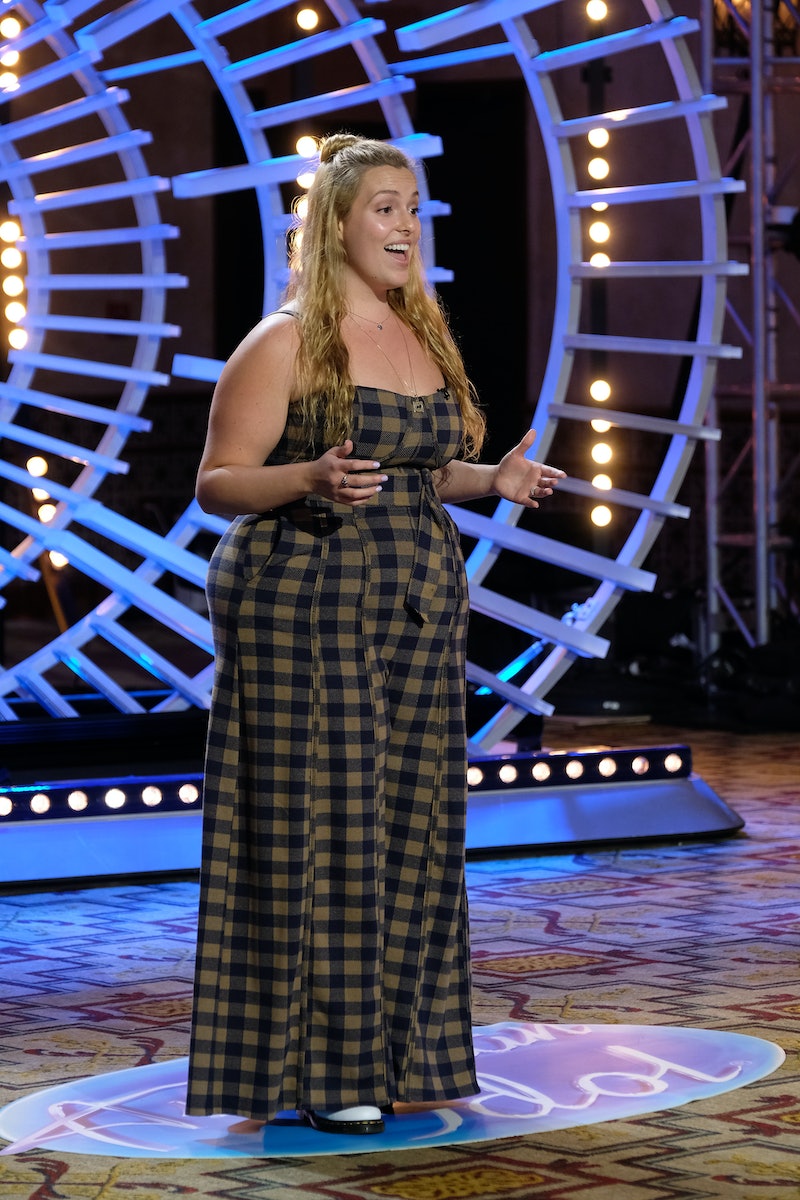 "This is the first time that just someone singing made me cry," Luke Bryan says in the Season 19 American Idol trailer. By the looks of it, the voice that brings him (and Katy Perry) to tears belongs to 20-year-old Grace Kinstler, who auditioned with a gorgeous version of Aretha Franklin's "Natural Woman." She's one of few contestants whose singing is featured in early promos for the show, which hints she'll likely make it far in the competition. Here's what to know about the musician.

Grace's Instagram naturally features a lot of singing content, but she's also shared pictures from photoshoots and of her family and boyfriend. She's from the Chicago area, having sung the National Anthem for Chicago Bulls and White Sox games, and she's currently attending school at Berklee College of Music in Boston, class of 2022.

It appears that Grace lost her dad semi-recently, according to a few of emotional posts. Because Idol loves to pull on fans' heartstrings, we'll likely hear more about him on the show.

Grace has been releasing original music since 2015, having put out three EPs and two singles. Most recently, she released a 2019 EP called Lavender. Her most popular song is "Sweet Sanity" featuring Corey Barlow, which also has a music video. She also once sang in Berklee's Upper Structure a cappella group, though it's unclear if she's still a member.

Grace also has a TikTok, where she shows off her impressive range with vocal runs, practices making her C6 more consistent, and attempts to sing a B5. Hopefully she has the chance to show off her hard work on the Idol stage.

More like this
The Bachelor’s Christina Mandrell Comes From One Of Country Music’s Most Famous Families
By Brad Witter
Siva Kaneswaran's Net Worth Shows The Value In Chasing The Sun
By Bustle UK
Brooklyn From 'The Bachelor' May Have Accidentally Predicted Her Time On The Show On IG
By Grace Wehniainen
'Love Island’s Kai Fagan Is Very Clear About What He Doesn’t Like
By Sam Ramsden and Darshita Goyal
Get Even More From Bustle — Sign Up For The Newsletter
From hair trends to relationship advice, our daily newsletter has everything you need to sound like a person who’s on TikTok, even if you aren’t.