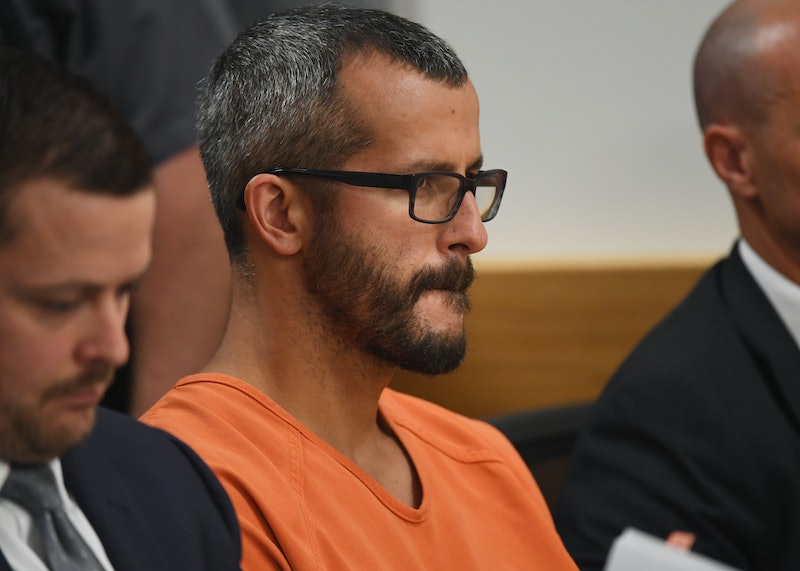 American Murder: The Family Next Door is a new Netflix documentary that dives deep into the true crime story that rocked the nation: the Watts family murders. Through archival footage and social media posts, the doc explores just what happened to Shannan Watts and her daughters. But American Murder will still leave you wondering about where Christopher Watts is now, after he was found guilty of their murders.

According to the New York Times, Watts received five life sentences without the possibility of parole for the murder of his wife and their two daughters, 4-year-old Bella and 3-year-old Celeste. He was also given 48 years for unlawful termination of a pregnancy, as Shannan was pregnant with their unborn son at the time. Finally he received 36 years for tampering with a deceased human body, as Watts disposed of all three of his victims in a rural oil field in Colorado. Without the possibility of parole, Watts is fated to spend the rest of his life in prison.

On the same day that Watts initially pleaded guilty, Shannan's parents, Frank and Sandy Rzucek, filed a lawsuit against Watts for $6 million in the wrongful death of their daughter and grandchildren, according to The Denver Post. The lawsuit was eventually resolved the following year when Watts agreed to pay the family the full amount. (Though the family will likely never see the money.)

As for his jail time, Watts was initially held in a Colorado county jail, but feared for his safety after fellow inmates threatened him, Dayton Daily News reports. He later transferred out of state to a Wisconsin prison, per records obtained by Wisconsin's NBC15 news. As Oxygen reports, Watts regularly receives visitors in prison, including one woman who only goes by the name "Kate." Per an FBI report summarizing an interview with Watts in prison, Watts also reportedly has photos of Shannan and his children in his cell, which he reads to every night.

According to a report from People this spring, "[Watts] knows that this is his life... There really isn’t much hope for his future."