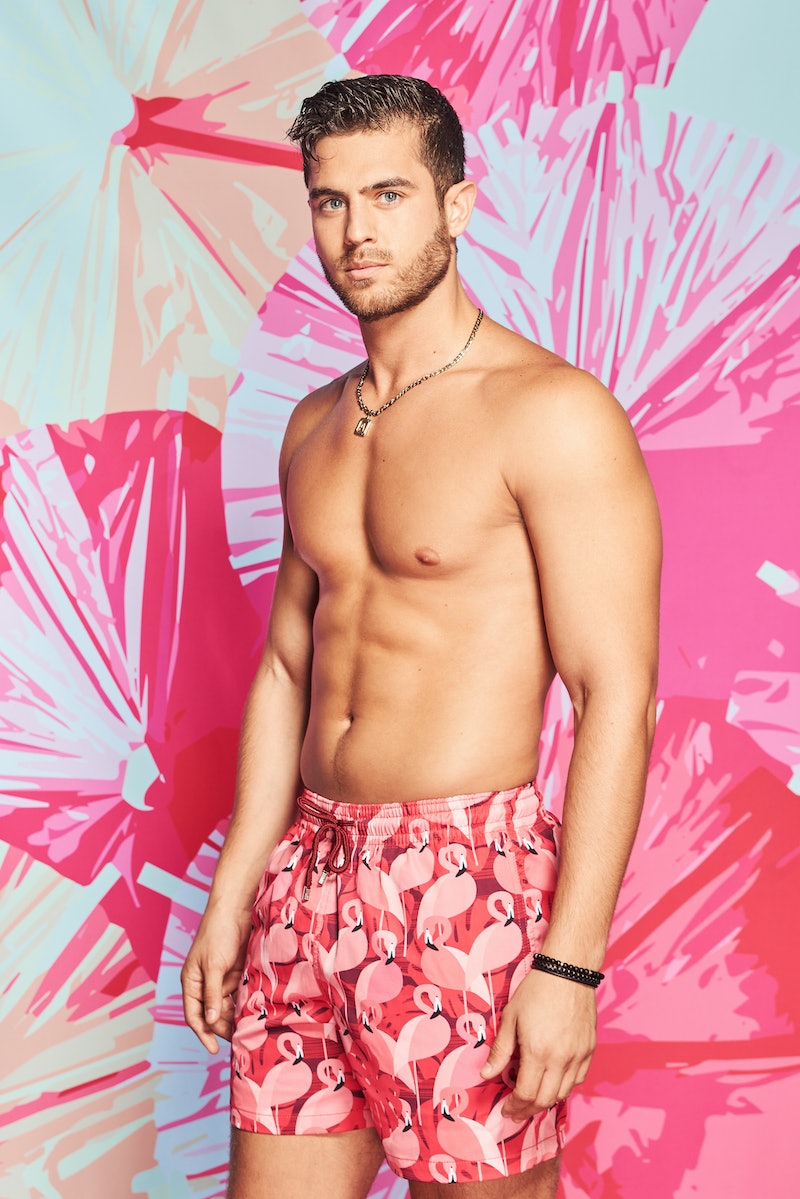 New Love Island US arrival Andre Luis Brunelli is no stranger to reality TV. The 28-year-old model previously competed for the $500,000 prize on Telemundo’s El Domo Del Dinero, which featured two teams going head-to-head in an obstacle course that tests both physical abilities and trivia knowledge. Like Love Island, there was also an interactive component where viewers vote to save contestants up for elimination, but there wasn’t any romance involved.

Now, Andre has his sights set on Olivia — and in a preview for the Aug. 5 episode shared by Entertainment Tonight, the two enjoy a few steamy kisses. Meanwhile Korey, who recently sparked a potential relationship with Olivia, gets to know newcomer Bailey more. Could there be a shake-up ahead? Time will tell.

Here’s what else to know about Andre in the meantime.

Andre moved to the U.S. from Brazil when he was 6 years old. After graduating from Mandarin High School in Jacksonville, Florida, he played soccer at the University of North Georgia, where he studied criminal justice for one year in 2010 before playing professional soccer in Brazil. During his stint on Domo Del Dinero, Andre said that he’s played in front of as many as 15,000 fans, and his friends call him “Capitán” for his leadership abilities.

Now, he’s “100% dedicated” to his modeling career. Andre is signed with Next Models and LA Models and has recently been featured in print campaigns for Adidas and Original Penguin. He’s also walked in New York Fashion Week, and his modeling portfolio includes covers for the magazines Desnudo Homme and GMARO.

Love Island viewers might also recognize Andre from Jennifer Lopez’s “Cambia el Paso” music video, which dropped on July 9. In one scene, Lopez gives him the middle finger as she walks down the sidewalk. “What did i do for @jlo to give me the 🖕🏼? Please comment cause im curious to see what you guys think,” he captioned an Instagram post the same day the video premiered.

Andre currently lives in Miami with his 5-year-old daughter Kylie. “Definitely crying right now, but these aren’t sad tears,” he captioned Kylie’s 5th birthday Instagram post. “These are tears from a Daddy who loves and is so proud of his baby girl and seeing you turn 5 today just makes me reflect on how much you’ve meant to Daddy since the day you were born. God packaged everything i needed in my life inside of you. A smart, loving, caring, happy, silly, blue eyed, goofball whos going to KINDERGARTEN this year DADDY LOVES YOU!”

It’s unclear when he and Kylie’s mother split. After he joined Love Island, rumors that Andre is married arose among fans on Reddit. He announced in January that he was celebrating his one-year wedding anniversary with a woman named Flavia Brunelli. “In just one year you have been able to influence my life in many ways, such a beautiful woman and with a lot of faith in God,” he wrote. “It’s been 4 months here in El Domo and I just wanted to tell you that I love you.” Andre has yet to address the speculation.

You can essentially divide Andre’s Instagram page into two parts: modeling photos and snapshots of a proud dad. (He even has two Instagram Stories highlight tabs dedicated to “Dad Life.) One standout modeling memory he’s shared multiple times on social media was when he posed with Super Bowl champ Rob Gronkowski for GQ in 2019.

Andre also announced that he became a United States citizen in 2019. “I couldn’t hold back the tears,” he captioned the post, noting his mom was there for the special moment. “Her sacrifices and commitment to raising me here where I would have an abundant amount of opportunities is what led to this moment. Being a first-generation immigrant I am the bridge from my family in Brazil to my family in the US. Becoming a citizen will allow me to give my father and little brothers the option to also become permanent residents and to know I am opening the door for my brothers to be able to attend school here means so much to me.”

More like this
Molly-Mae & Tommy Fury Revealed Their Baby Girl's "Really Unusual" Name
By Sophie McEvoy and Sam Ramsden
'Love Island' Has Added Yet Another Bombshell To The Villa
By Bustle UK
This Pre-'Love Island' Video Of Olivia & Zara Together Changes Everything
By Bustle UK
Love Island’s Latest Winter Season Finally Has A US Release Date
By Grace Wehniainen
Get Even More From Bustle — Sign Up For The Newsletter
From hair trends to relationship advice, our daily newsletter has everything you need to sound like a person who’s on TikTok, even if you aren’t.