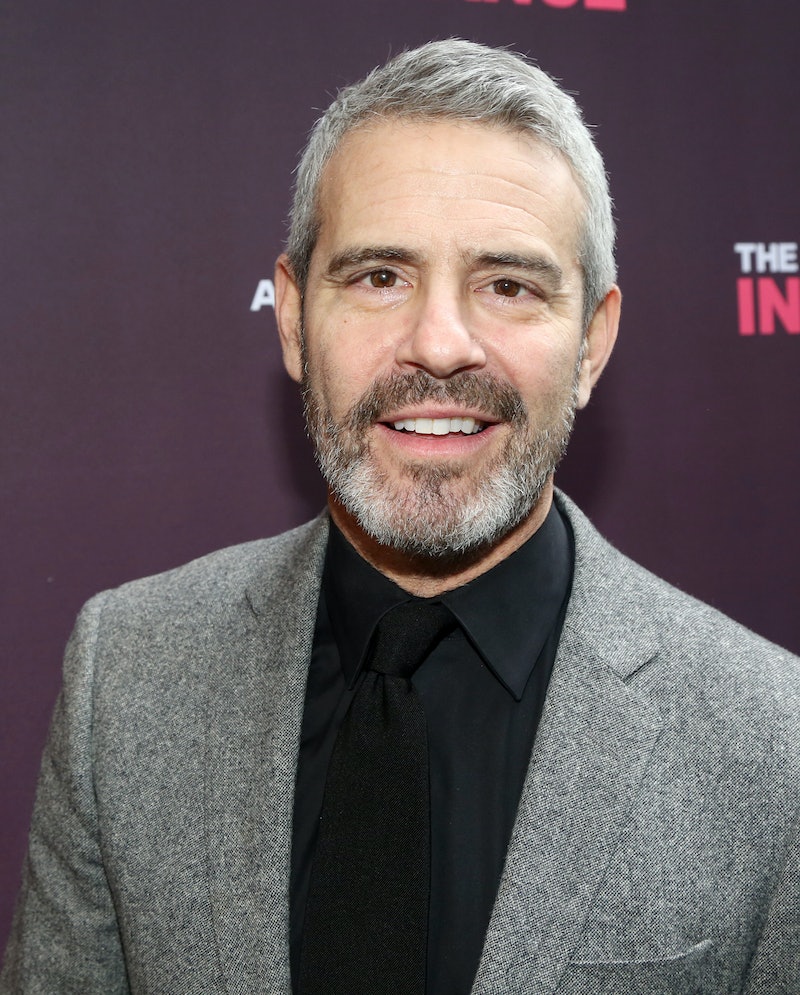 Get ready to feel old, Real Housewives fans. Andy Cohen just celebrated the 15-year anniversary of the Real Housewives franchise with a throwback photo from his early days producing the show. The 52-year-old host of the series joked that the franchise turned his hair entirely gray, he said on the photo’s Instagram caption on Sunday, March 21. The first generation of the now-beloved Bravo reality series, Real Housewives of Orange County, premiered on March 21, 2006.

The milestone certainly made Cohen nostalgic about the culture-shifting reality series and his role in the franchise’s long-term success. To commemorate the moment, the executive producer shared an old photo in which he’s sitting inside a New York City office while working on a laptop and looking out at the skyline. “When I posed for this picture a week later, I had no idea the series would change the course of pop culture — and my life — forever,” Cohen wrote. “Thanks to each and every Real Housewife.” The Watch What Happens Live host also thanked “the incredible production teams” responsible for “keeping the series humming!”

Cohen also joked that 15 years of Housewives drama has not come without a personal toll. “I’m not saying the Housewives turned my hair entirely Grey, but they did,” he added.

These days, the Real Housewives franchise remains popular despite occasional setbacks. Season 15 of Real Housewives of Orange County was controversial, as it marked the departure of longtime stars Tamra Judge and Vicki Gunvalson and ended with a fraught reunion special, where cast members fought over politics as well as personal dramas. In January, fans called for the franchise to end, with one Twitter user writing: “It's time to cancel RHOC". Cohen seemed unfazed by the backlash and hinted that the show would be recast, responding to that tweet with: “think you mean reBOOT."

In February, Cohen discussed the possibility of adding new Real Housewives cities during an episode of Watch What Happens Live saying the production had considered Chicago in the past but “it seems like we’re good right now.”