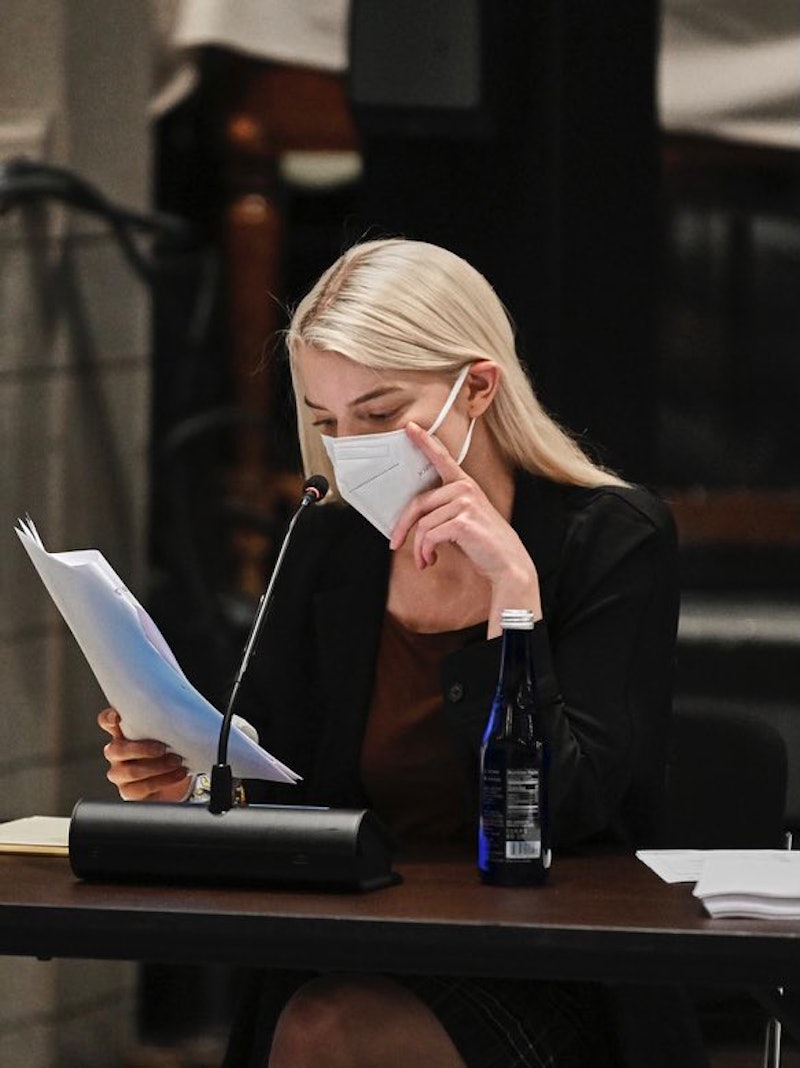 During her hosting debut on Saturday Night Live, Anya Taylor-Joy brought style, glam, and some chess smarts borrowed from her time on The Queen’s Gambit — which she’s pretty sure you saw. “For those of you who didn’t ... what were you doing all quarantine? It was Tiger King and Queen’s Gambit, that was the only new TV for like, months.” The actor, who won a Golden Globe for her role as an orphan who becomes a chess prodigy, observed that “millions of people bought chess sets, and dozens of them actually learned how to play.” (Accurate.)

For those who haven’t learned the ins and outs of chess quite yet, Taylor-Joy provided some simple advice. Forget the board — it’s all about the pensive chess stare-down Beth Harmon so memorably defined in The Queen’s Gambit.

“Your very first chess move should always be this,” Taylor-Joy said, before folding her hands under her chin and assuming a confident glare. “And if you’re really advanced, you just do one of these,” she continued, adding an eyebrow raise to the look.

Taylor-Joy also compared her character’s reliance on green pills and floating chess boards on the ceiling to her newfound knack for reading cue cards à la SNL — which led to a surreal clip of Kenan Thompson and the cast hovering over Taylor-Joy, waiting for her to make her next move.

Taylor-Joy’s next move, ultimately, was kicking off the show in her native Spanish. Earlier in the monologue, she acknowledged another exciting departure from routine (or at least, routine as of late): “It’s the first time this year we have a completely full audience, fully vaccinated,” she announced, to viewers’ cheers.

From Taylor-Joy’s iconic outfits throughout the episode to her effortless hosting skills, viewers shared their praise for the actor on Twitter — and many are already hoping for her next appearance on the show.

More like this
Michael B. Jordan Tackled His "Public Breakup" With Lori Harvey On 'SNL'
By Brad Witter
The Black Lotus Staff Has "Had Enough" In The 'White Lotus' Spoof From 'SNL'
By Brad Witter
Who Is Pete Davidson Dating? He & Chase Sui Wonders Got Caught Kissing
By Jake Viswanath
Here’s What Happens To Bill & Frank In 'The Last Of Us' Video Game
By Brad Witter
Get Even More From Bustle — Sign Up For The Newsletter
From hair trends to relationship advice, our daily newsletter has everything you need to sound like a person who’s on TikTok, even if you aren’t.