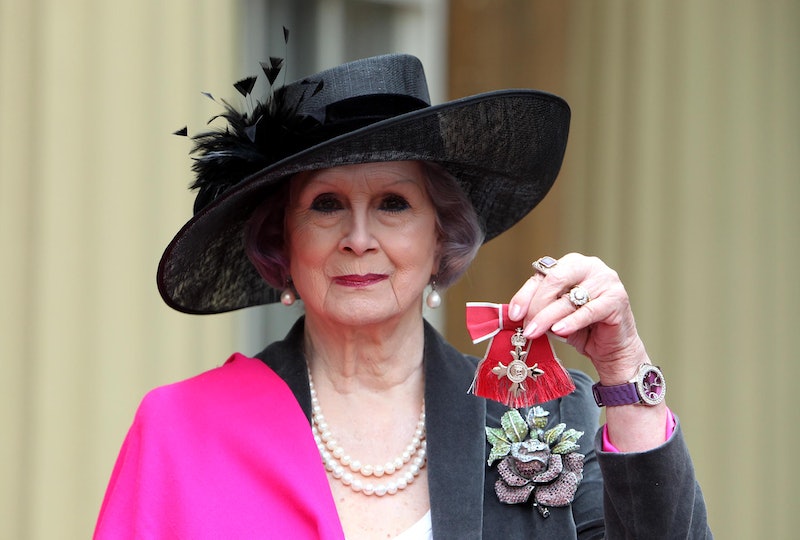 Tributes are flooding in for Vogue model, actress, activist, and trans trailblazer April Ashley MBE, who passed away at age 86, on Dec. 27, 2021.

Born in Liverpool in 1935, April Ashley lived an “extraordinary” and “revolutionary” life that lead her to become a pioneer for the trans community, according to her friends and a generation of admirers.

In the 1960s, when she was 25, Ashley became the second person in Britain to undergo gender reassignment surgery in Casablanca, Morocco. As the BBC writes, April Ashley had previously joined the merchant navy as a teenager but was sent to a psychiatric unit after an attempt to end her own life. After moving to London, and later Paris, she saved money for the procedure while performing at Paris’ famous Le Carrousel nightclub.

Following the procedure’s success, Ashley obtained a passport and driving license that identified her as female, and by 1961, she was modelling for Vogue magazine and featuring in films. Sadly, Ashley’s life was uprooted after she was famously “outed” by the Sunday Times newspaper, cutting her glittering career short.

In 1963, Ashley married aristocrat Arthur Cameron Corbett, but their marriage was over by 1970. According to Pink News, their divorce was a landmark case because their marriage was annulled as “Ashley was considered a ‘man’.” The divorce created for the first time the concept of legal sex, per Pink News, which “led to hurdles for the legal recognition of trans people that still exist today”.

The frustrating turn of events prompted Ashley to leave the UK for decades, says BBC News, only to return in 2005 when she was legally recognised as a woman in light of the Gender Recognition Act. Following her return, she became a vocal advocate for the trans community and, in 2012, received an MBE for her services to trans equality.

Upon her death, Ashley’s life is being celebrated by her famous friends, journalists, trans icons, LGBTQ+ voices and many more, including Hannah Graf, a former officer of the British Army, who tweeted that she “will be remembered for being unapologetically herself in a world that was stacked against her.”

As Ashley famously said in an interview about her life: “I know more than anyone how people can judge, but I also know if you are true to yourself, that's all that matters."