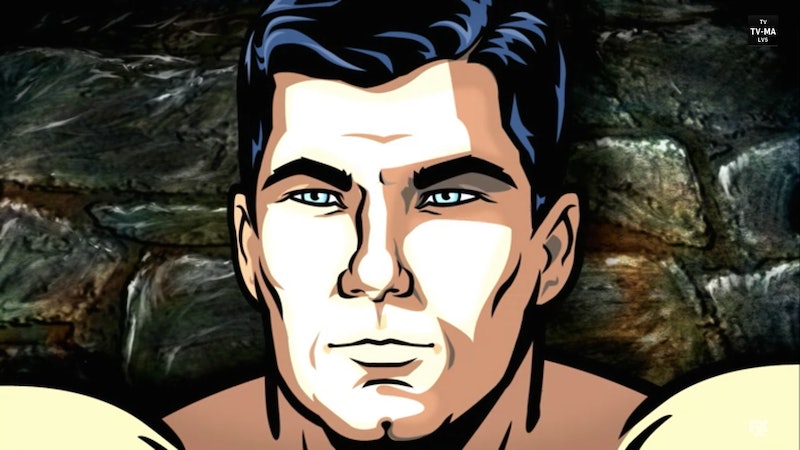 What will become of Sterling Archer now that he's out of the coma? Fans will get to find out. FXX renewed Archer for Season 12, with the new episodes slated to premiere in 2021 on FXX, FX, and Hulu, according to Variety. President of original programming for FX Entertainment Nick Grad told the publication that Archer was "back in a big way this season" and confirmed that the show's creators are beginning to plan out the new season while keeping the show "fun as ever and true to form."

The show, which premiered in 2009 on FX, follows the exploits of a dysfunctional secret service agency led by Sterling Archer and his seven equally flawed associates. The show has become a critical and mainstream favorite, winning an Emmy for Outstanding Animated Program in 2016. The series was also nominated in 2014 and 2015, while star H. Jon Benjamin received an Outstanding Voice-Over Performance in 2010.

On Twitter, FX confirmed the Archer renewal as well, joking: "it doesn't seem like it, but lana's thrilled." Fans are eager to learn more about Season 12 of Archer, and while many details are still being hammered out, here's what we know so far.

2. When Will Archer Season 12 Premiere?

FX, FXX, and Hulu have not yet revealed an exact premiere date. However, the new season is slated to premiere in 2021, and the production companies will reveal more information closer to that date. And, unlike many live-action series, production won't be hampered by COVID-19 restrictions.

There's no way to know how many episodes will be in Season 12. However, Season 11 contained 8 episodes, and prior seasons have been similar in length.

Archer spent three seasons in a coma, but recovered and returned to the spy agency in Season 11. While Archer wanted to get back to his old ways this past season, his coworkers aren't so eager. Luckily, Archer's, recovery is expected to extend into Season 12, meaning more spy agency shenanigans will be afoot for the title character.

It depends. Archer enjoyed a bump in ratings for Season 11 — the new episodes launched on September 16 and the cable network noted that ratings for total viewers were up 32%, with the first five episodes averaging 2.4 million viewers each, as per Variety. If the show continues to rack up these viewership numbers, future seasons are likely a good investment.

More like this
Here's When 'The Crown' Season 5 Will Premiere — And What To Expect
By Bustle Editors
The ‘You’ Season 4 First Look Shows Joe’s New Identity And Potential Victims
By Bustle Editors
The ‘Emily In Paris’ Season 3 Release Date Is Here, Plus The First Footage
By Bustle Staff
'Killing Eve' & 'Doctor Who' Stars Just Joined The Cast Of 'True Detective' Season 4
By Brad Witter
Get Even More From Bustle — Sign Up For The Newsletter