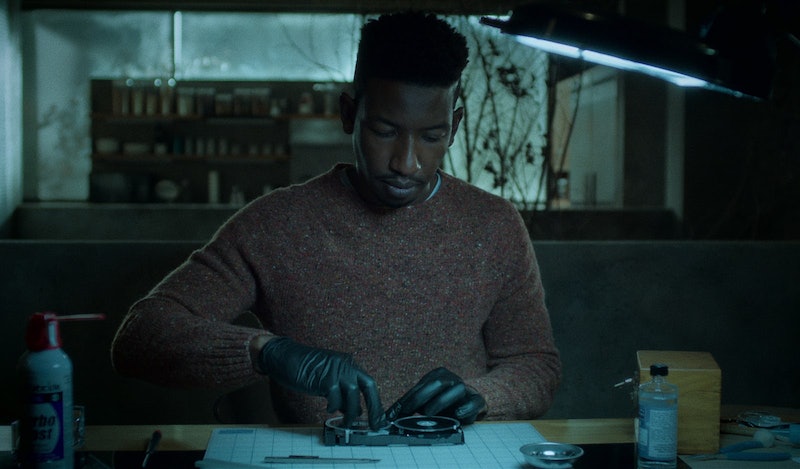 Netflix’s new horror series Archive 81 takes viewers through a strange and unsettling tale set across multiple timelines. The show follows archivist Dan Turner (Mamoudou Athie), a film archivist who takes a job restoring videotapes damaged when the Visser apartment building burnt down in a mysterious fire in 1994. The tapes belonged to Melody Pendras (Dina Shihabi), a filmmaker who was documenting cult activity inside the building. Twenty five years later, Dan begins to uncover information that he thinks can change the course of history and save Melody from her terrifying fate.

The show, which is loosely based on Dan Powell and Marc Sollinger’s horror podcast of the same name, was filmed at a variety of dark and creepy locations. Although the story takes place in New York City and the Catskills, Archive 81 was primarily filmed in Pittsburgh, Pennsylvania. Most of the filming was reportedly done downtown, but here are more specific locations you may recognize if you’ve tuned in (or if you’ve ever been to Pittsburgh yourself).

The spooky Visser apartment building is thankfully not real. According to The Cinemaholic, many of interior shots were created on sound stages, while the exterior was shot at a property called First Avenue Lofts located at 436 First Avenue.

The Boulevard Of The Allies & Point Park University

In February 2021, the Pittsburgh Post-Gazette reported that film trucks for Archive 81 were lining the Boulevard of the Allies near Market Square and Point Park University, located downtown.

Per The Cinemaholic, the exterior of the gallery, located at 440 First Avenue in downtown Pittsburgh, was reportedly used as the backdrop for a few of the show’s scenes.

Viewers may recognize Pittsburgh’s Steelworkers Building and PPG Place from the windows of Virgil Davenport’s office, which is featured in several scenes filmed at 11 Stanwix Street.

The Government Center is an independent record store on Pittsburgh’s North Side. Per TribLive, the Archive 81 crew was considering filming inside but ultimately decided against it. “They set up a track for the camera and they brought a lot of equipment,” owner Josh Cozby said. “They had a lot of people working.”

Cozby also said that the shop was supposed to look like a New York City record store in the ‘90s, and to set the scene, the crew put tables outside as well as used record bins and old posters in the windows. Ahead of filming, he notified customers that the shop was being used as a set location on Instagram.

Much of the show was reportedly filmed on the busy East Ohio Street, which was used as a stand-in for New York City.

Bruce Klein, the owner of Bernie’s Photo Center, told TribLive that their establishment was turned into a hardware store and camera shop for the series.

Those who are familiar with Pittsburgh may recognize East Liberty Presbyterian Church, which is located at 116 South Highland Avenue. This is most likely where they shot some the church scenes involving Father Russo.

Although it’s permanently closed, Rex Theater, located at 1602 East Carson Street, was also one of Archive 81’s many filming locations.

Ritter’s Diner, a 65-year-old restaurant that serves up great food and hospitality around the clock, is also featured on the series. The diner is located at 5221 Baum Boulevard.

The 16th-Century-style Tudor-style mansion is temporarily closed, but nearby residents will absolutely know it when they see it onscreen.

Additional scenes were filmed at Mr. Smalls Theatre, which is at 400 Lincoln Avenue in the Millvale area of Pittsburgh.

Per The Cinemaholic, many of the Archive 81 scenes that took place indoors were filmed just outside of Pittsburgh on a soundstage in Marshall Township. Dan’s research compound, for example, was reportedly located at a private residence. This is where he spends most of his time trying to salvage the recordings.