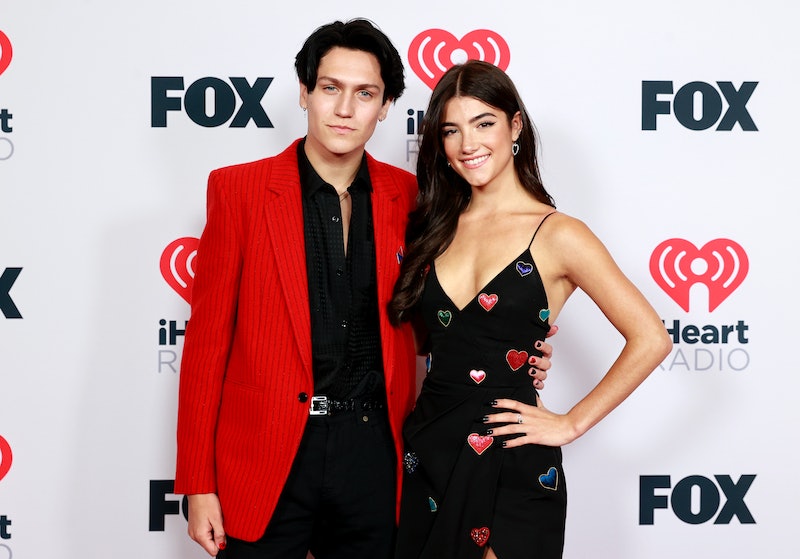 If you pay attention to TikTok drama, you definitely heard about Charli D’Amelio and Chase Hudson’s incredibly public breakup. The two began dating in late 2019 and became Instagram official in February 2020. But just a month later, Sway House members Josh Richards and Bryce Hall claimed Chase, aka Lil Huddy, had been sending explicit DMs to fellow TikTok star Nessa Barrett — Josh’s girlfriend at the time — and even released a diss track claiming Chase was talking to other girls. (Chase denied the accusations, tweeting on April 3, “I love one woman. Do not tell lies.”)

Shortly afterward, Charli and Chase announced their split in separate statements on Instagram. Though they both said that they remained close friends and continued to post about each other, things took a turn in July when Charli publicly accused Chase of cheating on her. Chase then went on a Twitter rant accusing several other TikTokers of cheating on their significant others, leading to a messy back and forth in the TikTok community. Eventually, Chase admitted he’d kissed Nessa, but insisted they were both single at the time. He and Charli also both apologized for airing their drama out online and confirmed they’d spoken privately and were on good terms.

About a year later, Charli appeared in Chase’s music video for “America’s Sweetheart,” a track he wrote about their painful split. Charli talked about filming the video in her Hulu series The D’Amelio Show, admitting that she cried on set. She said she knew fans would assume the video meant she’s back with Chase, but wasn’t afraid of the speculation it would bring. “I feel like at the end of the day it was a chapter in my life that I never really got closure from,” she told her sister Dixie. “I don’t think either of us really did, so I feel like this will kind of be our way to really close things out and just continue our friendship in a very positive place to be able to move forward. He’s probably my closest friend so I’m very appreciative that I have him and I can kind of just tell him anything.”

As for whether or not she still harbored any anger toward Chase, Charli said that it “obviously took a while for him to gain my trust back as it would with anyone,” but that she generally prefers to forgive and forget. “I think we’re in a good place now to where that’s not something that I think about”

She also confirmed that she’s open to rekindling her romance with Chase in the future. “We are so close that I do think one day in the future — I think it was the right person, wrong time,” she said on the show. “I feel like we’ll find each other again. I don’t know how long it’s going to take but I hope so. He’s awesome.” However, she said at the time that she thinks they’re better off as friends because Chase “[needs] to really grow up and kind of find himself before he [can] be with someone.”

Since then, Charli and Chase have sparked speculation that they’ve gotten back together. In October, the duo attended Paris Fashion Week together before joining the D’Amelio family on vacation in Italy. Once back stateside, they dressed up in matching The Nightmare Before Christmas and Alice in Wonderland costumes for Halloween. And later, Chase even joined Charli on her family’s annual New Year’s trip to the Bahamas.

Whether that means they’re just good friends or have rekindled their old flame though, they haven’t confirmed either way.

This article was originally published on Sep. 3, 2021