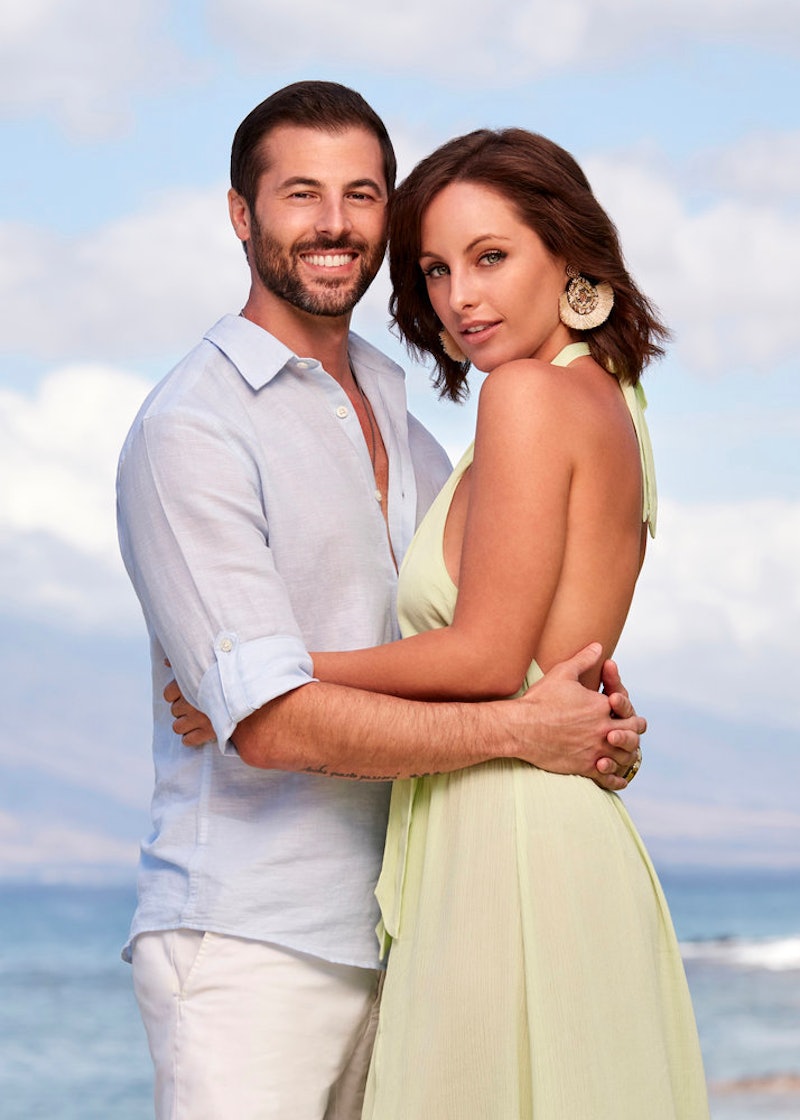 Like all Temptation Island couples, Chelsea Brea and Thomas Gipson joined the show hoping to come away from it stronger. They’d been dating for a year after being introduced by a mutual friend, but Thomas’ flirtatiousness was making Chelsea insecure. Thomas — who’d never been in a serious relationship before Chelsea — wanted to prove his commitment. But while on the show, the two fell for the allure of singles on the island. Chelsea got close to Blake Eyres, while Thomas was tempted by Sophia Perez.

So where do the two stand now? So far, both Thomas and Chelsea have been careful to keep their current relationship status under wraps. They still follow each other on Instagram and occasionally like each other’s posts, so they appear to be on good terms. But they’ve completely scrubbed their profiles of any photos of one another, which could be evidence that they’ve broken up or just an attempt at avoiding any potential spoilers.

Sophia, on the other hand, has been a little less tight-lipped. When it came time for her and Thomas to say goodbye on the show, they promised that they wouldn’t lose their connection and they’d see each other again. After filming ended, Sophia left some flirty flame emojis and the comment “Tommy boy!!” under one of Thomas’ recent posts. Thomas responded with two relieved-face emojis, which could truly mean anything. Another single, Tula Poindexter, also commented on one of Thomas’ headshots, but it seems more friendly than flirtatious. “Love this photo of you!” she wrote, adding a flame emoji. He responded, “Thanks Tula!”

Chelsea, meanwhile, admitted heading into the finale that it might not “really make sense” for her and Thomas to leave the island together.” Since leaving the island, she’s mostly interacted with other women from the show online. When some of her followers asked about her time on the show, she called the experience “crazy” and “emotionally and mentally draining,” so do with that what you will. She also briefly chatted with the friend that introduced her and Thomas, who called himself “a Top Notch Connector,” which may hint that their relationship made it out in tact. Under the same post, someone else encouraged Chelsea and Thomas to, "Get married, love one another, have children, love them, [and] turn your back on all the social media BS,” to which Chelsea responded, “I love this.” So that could mean she’s hopeful for their future?

Further confusing things, Chelsea shared on her Instagram story earlier this season that she was reading The Mastery of Love: A Practical Guide to the Art of Relationship, a book that provides tools for loving without inciting fear-based drama. The experience must have inspired her to do some inner reflection, but whether it’s for Thomas, herself, or a new relationship remains unclear.