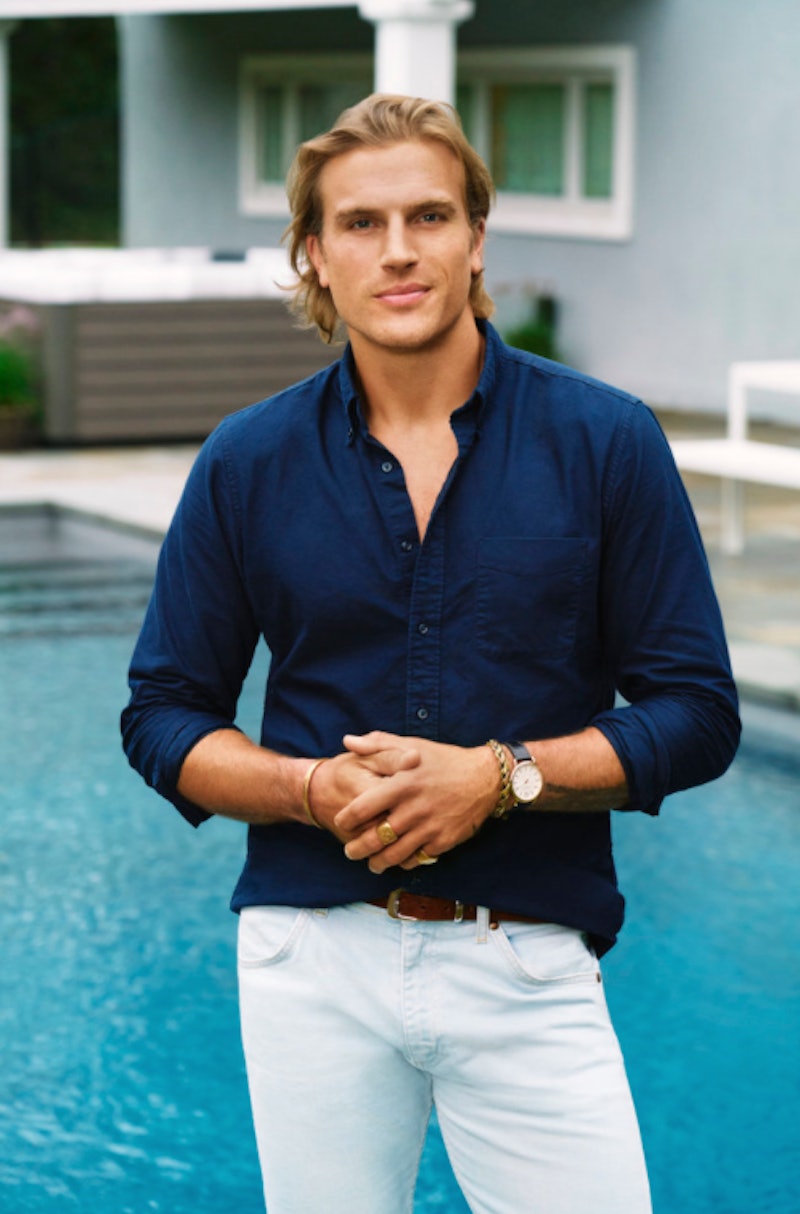 Luke Gulbranson may have introduced newcomer Ciara Miller as his "friend" on Summer House, but as we learn in the Feb. 11 episode, the two have a history. They met at a modeling gig a few years ago and later hooked up, with Ciara even visiting Luke and his family in Minnesota. But then he got back together with his ex and ghosted. Now that they're both single and quarantined in the same house for six weeks, Luke and Ciara both seem open to the idea of dating again. But are they?

It doesn't seem likely. Though the two follow each other on Instagram and like most of each other's posts, Luke is based in New York City and Ciara is in Atlanta. And let's be honest, Luke has a hard time making a regular relationship work, let a lone a long-distance one. Plus, Ciara recently revealed she sided with Hannah amid the three's love triangle. "Honestly, after just hearing everything, like all the cards on the table, and, like, knowing Luke, [I'm] team Hannah," Ciara told Us Weekly. "He definitely didn't tell me the state that [he and Hannah] left things off. Or maybe he just gave me his opinion and obviously left out some things, which we come to find out. ... It was kind of interesting to see that play out."

If anything, there's more evidence that Luke is dating Lindsay Hubbard, who he appears to hook up with in the Season 5 trailer. Lindsay and her boyfriend Stephen Traversie broke up in January, and she and Luke both both live in New York City. Lindsay also shared a cheeky photo of her "air kissing" Luke's cheek in honor of his birthday in December. "Oh hey Lucas... Happy Birthday!!!" she captioned the post. Luke commented a heart and praying hands emoji.

In an interview with TooFab, all Luke could say about their hookup was, "I love Lindsay dearly and you're just gonna have to tune in." When asked to describe his Season 5 experience in one word, he said "confused." So are we.

More like this
Yes, That's Christina From 'The Bachelor' In Taylor Swift's "Fifteen" Music Video
By Brad Witter
All The Clues About Aly & Zach’s Relationship Status After 'The Bachelor'
By Brad Witter
Joey Essex Is Rumoured To Be Dating A 'Love Island' Favourite
By Sam Ramsden
Love Is Blind’s Natalie Claims Shayne Signed Up For 'Perfect Match' While They Were “Still Together”
By Brad Witter
Get Even More From Bustle — Sign Up For The Newsletter
From hair trends to relationship advice, our daily newsletter has everything you need to sound like a person who’s on TikTok, even if you aren’t.