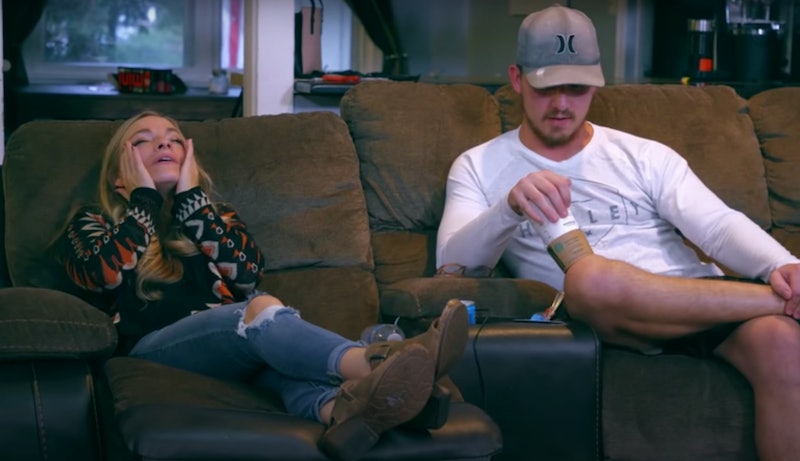 Teen Mom OG fans saw Mackenzie and Josh McKee contemplate divorce in Season 8, and things went even more downhill when Mackenzie accused Josh of having an emotional affair with her cousin. She told TooFab that she ultimately separated from Josh and even briefly dated someone else. But the two have since reconciled and are now living in Florida together with their three kids: Broncs, 3, Gannon, 8, and Jaxie, 6.

In a since-deleted Facebook post from May 2020, Mackenzie revealed the details of Josh's alleged affair, claiming that phone records revealed he was frequently texting her cousin at night while out fishing, per E! News. "What all went on? Idk. My family will never be the same and we are all torn ... Today is the day I walk away," she reportedly wrote. Reflecting back on the situation, Mackenzie told TooFab that "it was a scandal that blew way out of proportion," though she's still at odds with her cousin. "I don't talk to her and she's dead to me. Josh was dead to me at first too."

Now, she and Josh are on the mend. "I think the best thing I ever did was leave him," Mackenzie recently told PopCulture. "That was a turning point for Josh in our relationship, and I think he appreciates me more. No one can fill that part of what Josh fills in my life, and no one can fill what I have in his life."

Over the last few months, Mackenzie has frequently shared photos of Josh on Instagram, and every time she does, at least one commenter has something negative to say. (She even turned off the comments on one picture.) "The only thing that bothers me is people thinking I’m weak for taking a cheating husband back," she told PopCulture. "I’m tired of looking like I took back a cheating husband, because that’s not our story."

See the real story play out when Season 9 of Teen Mom OG premieres on Jan. 26.