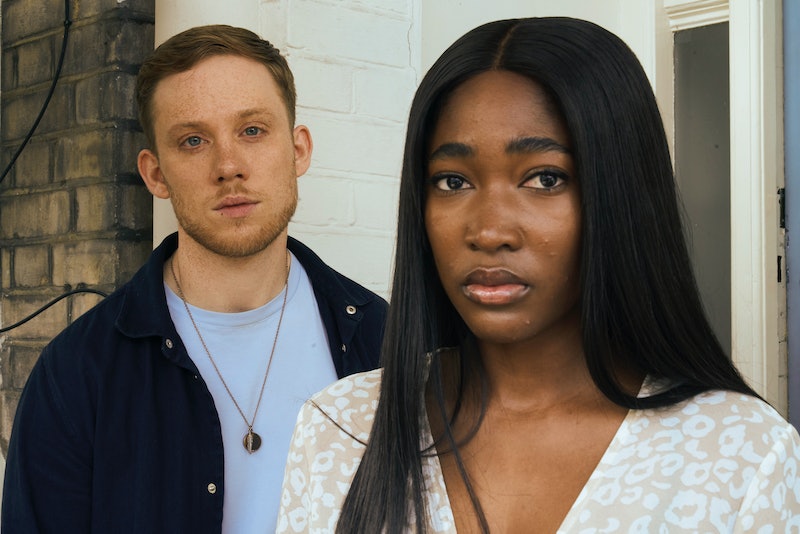 ITV's Unsaid Stories began airing on August 10 and comprises four 15-minute shorts. The series as a whole was inspired by real-life events, namely the Black Lives Matter movement and the global discussion that took place following the murder of George Floyd in May 2020, but are the individual Unsaid Stories plots based on experiences that took place off screen?

I reached out to a representative for ITV to find out more, and they confirmed that the specific plots and dialogue in the Unsaid Stories episodes are not directly based on the writers' personal experiences. However, as ITV’s Head of Drama Polly Hill said in a statement that the episodes look to portray "real people in completely real situations, confronting and exploring racism and prejudice."

The series was actually commissioned, written, edited, and filmed in a matter of weeks, with filming beginning at the end of July, and the first episode hitting our screens earlier this week.

As previously mentioned, there are four episodes: "Generational" follows a father and daughter duo who disagree on attending a Black Lives Matter protest, while "I Don't Want To Talk About This" sees two exes come together to talk about why their relationship was impacted by racism, gaslighting, and class differences. Episode three, "Look At Me," follows the events that unfold when a Black couple are stopped by police while out on a date night and how the incident impacts their lives. The last episode, "Lavender," centres on an uncomfortable conversation between mixed-race Jordan, who has recently had a baby with a Black man, and her mother Lyndsey, who is white.

So far, the episodes have received mixed reviews, with "Generational" being described as "powerful" by viewers but disappointing by others. The Guardian's Jumi Akinfenwa wrote that "its predictability left [her] feeling cold."

Akinfenwa continued: "While it is commendable that Black writers have been given the space to share their stories, 'Generational' doesn’t feel as though it was written with a Black audience in mind, with nothing new or radical to add." The TV writer explained that the episode offers "only a surface level exploration," which "would arguably only truly strike a chord among those for whom conversations around racial politics are something of a novelty." For Black Britons, Akinfenwa said, this narrative is well-trodden ground, making you question "just how many times we have to rehash the same pain for there to be any genuine change."

Anita Singh at the Telegraph said that, in the first episode at least, "the story was defeated by the format." She continued: "It’s a shame that ITV’s attempts at representation mean giving Black writers such a tiny slot to work with.Why not put its money where its mouth is and commission Black talent for a major series?" It's an opinion that was echoed on Twitter.

However, Twitter was full of positive reviews also, with one person writing: "I really enjoyed that episode of #UnsaidStories on @ITV today ["I Don't Want To Talk About This"]. The conversations emerging are very relevant to all our own personal relationships and a reminder that as much as we teach people the struggles we experience daily, we must also look after ourselves."

You can watch the first three episodes of Unsaid Stories on ITV Player now. "Lavender" will air tonight at 9 p.m.