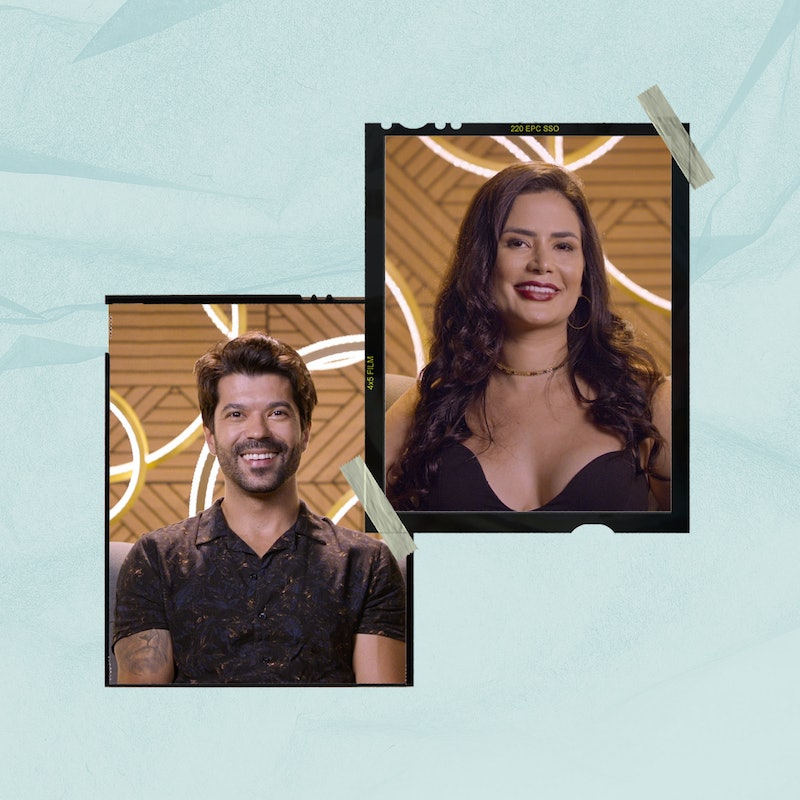 It wouldn’t be Love Is Blind without a love triangle (or several), and during the first batch of episodes of Love Is Blind: Brazil Season 2, we got one with Tiago Augusto, Vanessa Carvalho, and Antonia (aka Nina) Andrade. By the end of the first four episodes, which dropped Dec. 28, Tiago chooses Vanessa. But it took lots of flip-flopping to get to that decision, and the promo for the rest of the season suggests that the pair may still be on shaky ground leading up to the weddings.

So, are Tiago and Vanessa still together today? A few social media clues may be able to help, but let’s first recap the pair’s Love Is Blind: Brazil journey so far. Tiago forged connections with both Vanessa and Nina pretty quickly. Vanessa clocked right away that Tiago was a “charmer,” but she still seemed interested in pursuing things. Nina, for her part, said her biggest gripe with modern dating is that “people are non-committal,” and she was looking for someone loyal. Tiago said he could be that person and even resolved in Episode 2 to break things off with Vanessa. “You’re the one who’s made me feel secure this whole time ... at this point you’re my priority,” Tiago told Nina.

However, by the next episode, Tiago wavered again — and ultimately, Nina decided to leave the show altogether, amicably saying goodbye to both Tiago and Vanessa and paving the way for them to get together. Tiago and Vanessa got engaged very soon thereafter. “I’m here promising you love, affection, all the respect in the world,” Tiago told her. “I’m completely determined to serve you and be your co-pilot on this ship called life, so we can rule the world.”

After confirming that they have physical chemistry on their Amazon honeymoon, Tiago and Vanessa seem ready to test their love in the real world by the end of Episode 4. However, the promo for the next batch of episodes teases tension about their pair’s practical compatibility. Vanessa, for example, says that Tiago doesn’t currently have a steady job. “And love doesn’t pay the bills,” she adds in the sneak peek.

According to his Instagram, Tiago seems to have found employment since filming wrapped. In an August Instagram post, he celebrates closing a sale — and tags Braiscompany, a technology company.

But did Tiago level up his career in time to make things work with Vanessa? Maybe not. As of Dec. 29, Tiago and Vanessa don’t follow each other on Instagram, even though they’re both mutuals with Nina, suggesting the Love Is Blind: Brazil suitor is still friendly with the love triangle.