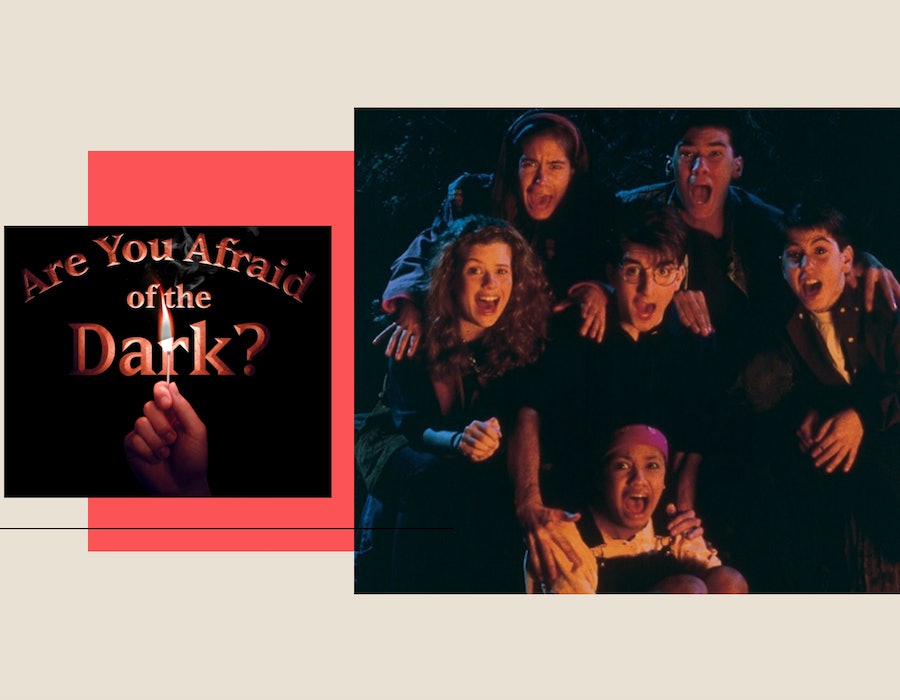 Which episode of Are You Afraid of the Dark? ranks as the scariest depends on whom you ask. But trust me, everyone who watched the 1990s kids' show has one in mind. The glowing dead eyes of Zeebo the Clown, the deranged cackle of the Ghastly Grinner, and the rotting corpse that terrorized a school pool are images seared into the memories of '90s kids across the country. “I have found that the stories that seem to be remembered the most are ones that have visually iconic boogeymen,” says D.J. MacHale, who co-created the horror anthology series alongside Ned Kandel. “It's because those things stick in your brain, the actual visual memory of it.”

In the 30 years since it first aired, Are You Afraid of the Dark? has become a source of shared trauma among its millennial fans. It’s a spooky classic often revisited around Halloween, and even today, there are numerous Reddit threads devoted to debating the most terrifying episode. “I'm 28 and I still think of that pool episode when I'm alone in a pool,” wrote one particularly haunted user.

Initially, MacHale and Kandel envisioned the series as “some old-time actor guy sitting in front of a nice warm fireplace, telling fairy tales.” But they both decided the concept was a little boring. “So fairy tales became scary tales,” MacHale explains.

After some back and forth, Nickelodeon agreed to the version of Are You Afraid of the Dark? we know and love: in each episode, a group of kids known as The Midnight Society gathers around a campfire to swap stories about ghosts, demons, and other frightening fare. The tales run the gamut from spine-chilling to only mildly creepy, but you could always count on the show to expertly cut it all together with an eerie score and that even eerier title sequence. Most shockingly for a children’s series, characters even occasionally died.

This all left the network worried that parents “would be up in arms that we were warping their children,” MacHale remembers. They asked him to base the stories on literary antecedents, so they “could come back and say, ‘Hey, this is classic literature. What are you talking about?’”

MacHale says no one complained, but he and the rest of the crew were still careful about what they did and didn't show, often cutting away before anything actually scary happened. And there were some stories even they deemed too bleak or graphic to adapt, like Frankenstein or anything by Edgar Allen Poe. “How do you make sewing body parts together [work] for a kids' show?” MacHale says. “[If] you don't want to freak out a 10-year-old, there are some boundaries you can't go beyond.” Besides, “It's really not that hard to create tension without going over the line ... It's way scarier before the icky thing happens.”

In reality, most of the episodes weren’t as dark as fans might remember. Watching it back now, even the most nightmarish tales feel more charming than chilling. When Clarice and Zeke defeat the pool corpse using their science knowledge, it's actually kind of cute, and MacHale himself admits that some of the staging was a bit cheesy. "Every episode always had a moment of victory. 'Oh, we did it, we beat the bad guy...we’re self-empowered, we did our job," he says.

But through a child’s eyes, the mere suggestion of death was enough to instill terror — even 30 years later.