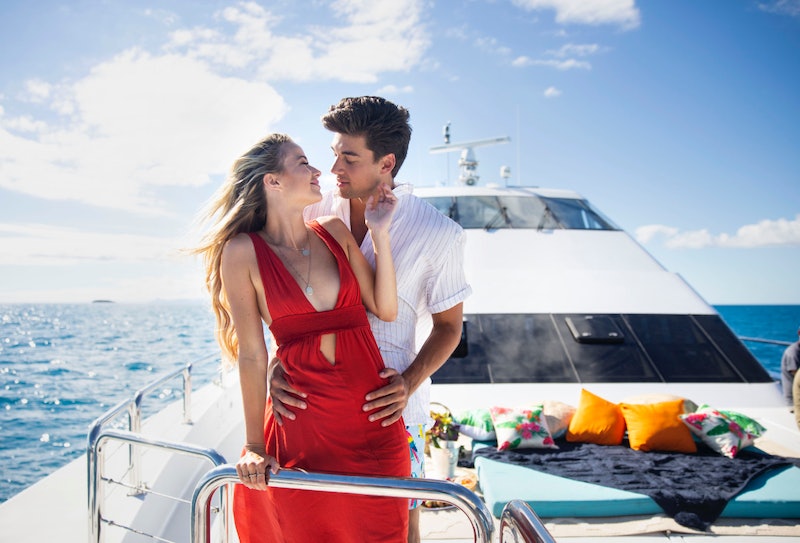 They may have won the first season of Love Island U.S., but Zac Mirabelli and Elizabeth Weber weren’t able to make their relationship last after the show. “We're not together. We're friends. We check in on each other here and there,” Elizabeth tells Bustle.

As Elizabeth explained in a YouTube video earlier this year, the two split in December 2019 — roughly four months after they left the Love Island villa. “When we first got back from the show, everything was on such a high high that the minute we started experiencing like, real life problems and real world situations that were happening, it was just a very hard adjustment on the both of us,” she said at the time. “We both needed a break from each other.”

Initially, the two kept in touch and tried to make things work, but things got complicated after the coronavirus pandemic hit. Elizabeth, who was living in LA, went back home to Michigan, while Zac still lives in Chicago according to his Instagram. “I think I can speak for everyone from the cast. We came back and just kind of had a hard time adjusting,” Elizabeth tells Bustle. “And then COVID hitting didn't make anything easier.”

Elizabeth also unfollowed Zac on Instagram at some point, though Zac still follows her. They both remain close with their fellow Love Island castmates, and Elizabeth will co-host a Season 2 aftershow, After The Island, with fellow islander Alexandra Stewart on YouTube.

As for whether or not she’s started dating anyone new, Elizabeth says that “after having such a public relationship and breakup, I've just kind of decided to keep my relationships private from here on out. But I can definitely say that I'm really happy.”