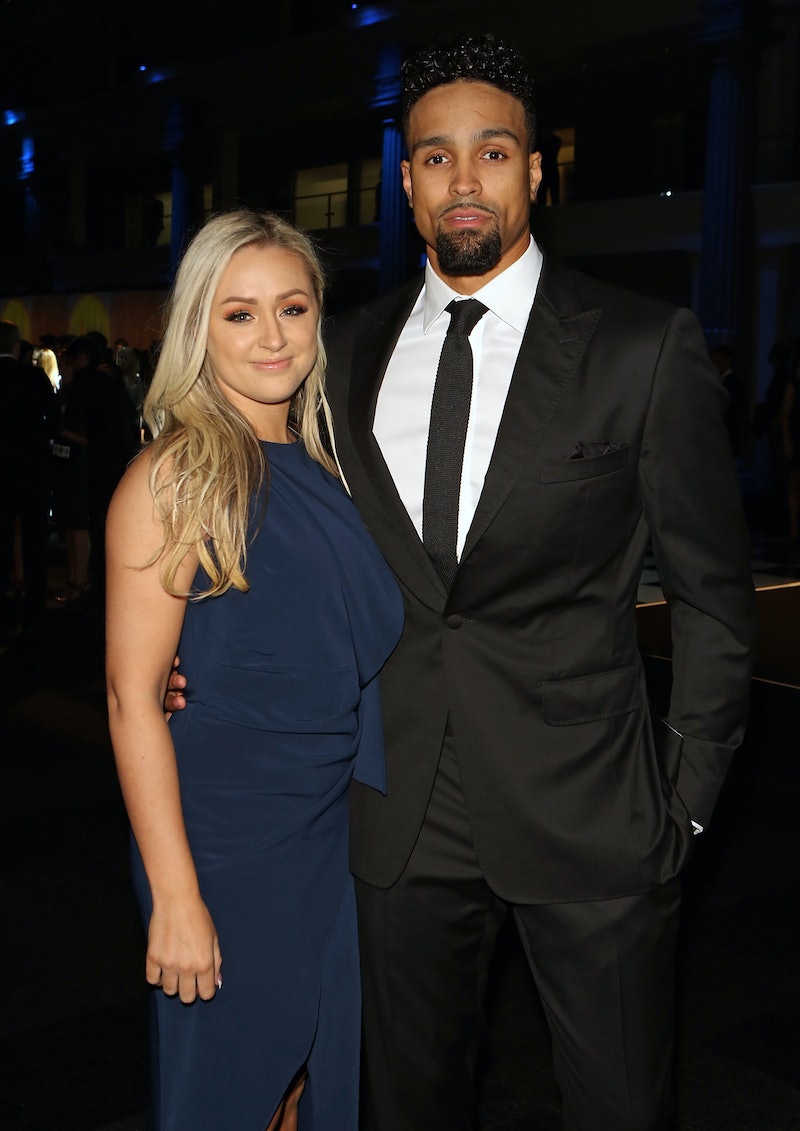 Ashley Banjo is a dancer-producer extraordinaire, and the man who managed to lead dance troupe Diversity to victory in Britain's Got Talent back in 2009. Since then, he has had a stellar career, becoming a judge on Dancing on Ice and filling in for Simon Cowell on BGT, and, most recently, featuring as a host and participant on The Real Full Monty On Ice special. But many people may not know that Ashley Banjo and wife Francesca Abbott met through dance, and their story is so sweet.

Abott is a star in her own right. She works as a dancer and a talent manager, and was previously a member of dance troupe Out of the Shadows, The Sun reports. Francesca and Ashley have been together for 13 years and were childhood sweethearts. I know, it's too much. Francesca revealed in June 2018 on Instagram that they used to go on dates to the cinema and Nandos. Ah... young love.

The pair tied the knot in 2015 during a star-studded ceremony and, in February 2019, the couple welcomed their first child together, and just 10 months later, confirmed baby number two was on the way, The Sun reports.

In March 2020, Abbott gave birth to their second child, Micah. Announcing the happy news on Instagram, Banjo wrote: “On Thursday the 26th March at 6.45pm our son came into the world weighing a healthy 8lbs 15oz. His name is Micah Grace Banjo... Our son, our little ray of light in a dark and uncertain time.”

Offering his congratulations, the Diversity star’s brother, Jordan Banjo, commented: “Something incredible in these dark times bro. So proud of you both! And of course already love my new little nephew.”

Banjo recently appeared alongside his brother in Channel 4’s thought-provoking documentary The Talk, during which leading Black public figures shed light on lesser-known aspects of racism in modern Britain. Speaking in the documentary, the brothers recalled how they’re often stopped by police while driving nice cars, as some officers believe they “match the description” of car thieves in their local area, the Metro reports.

Elsewhere, Banjo is expected to return as a judge on ITV’s Dancing on Ice in 2021. However, as The Sun reports, show bosses are reportedly planning to introduce strict new safety measures to help minimise the risks of coronavirus — including the removal of the studio audiences.

“Discussions about Dancing On Ice have already started and they are talking about not having an audience right now,” Banjo revealed.

Banjo will also be hosting The Real Full Monty On Ice alongside Coleen Nolan, and both will be stripping off with the rest of the contestants to raise awareness for cancer during the pandemic. “We are so proud of what the show has achieved in reminding people to check themselves for early signs of cancer,” the performer told Digital Spy. “We’re going all out this year to get the message across; following lockdown, when far fewer people were getting health checks, now more than ever this message is important.”

This article was originally published on Jan. 17, 2019