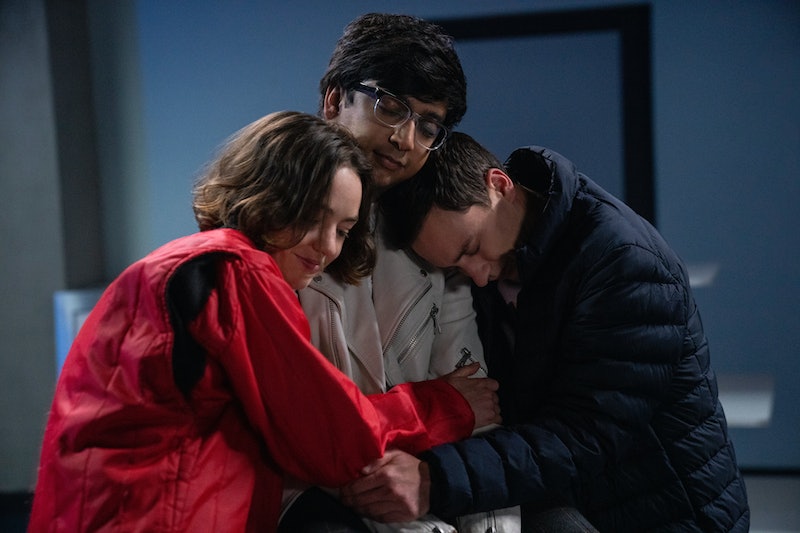 In many ways, Atypical’s fourth season is about new beginnings. In another step toward independence, Sam (Keir Gilchrist), an autistic college student, moves into an apartment with his best friend Zahid (Nik Dodani). This naturally poses challenges for his overprotective mother Elsa (Jennifer Jason Leigh), but she promises to only FaceTime him nightly instead of three times a day. Meanwhile, Professor Judd (Sara Gilbert) asks Sam plenty of questions about his post-college plans — assuming he can avoid academic probation and finish school, that is.

But the season is equally full of bittersweet goodbyes. Netflix announced in February 2020 that Atypical would end with Season 4, giving creator and showrunner Robia Rashid ample time to map out a proper farewell to Sam, Elsa, Zahid, Casey (Brigette Lundy-Paine), Doug (Michael Rapaport), and Paige (Jenna Boyd). “I did feel like we got to a good place with everybody,” Rashid recently told TVLine, noting that she could have written “10 more years” worth of episodes. “I felt like everybody’s ending was satisfying.”

For Sam, this means getting “to a place where he realizes that he’s not just scraping by” and figuring out what to do next, Rashid teased. “[He’s] coming from this place of fear and what we get to is this idea of going from a scarcity mentality to a plenty mentality. There are opportunities out there, and there is lots of love out there, and it’s OK to take big risks,” she told TV Line, adding that the series finale includes “messages of hope and journeys of adventure.” “What [Sam] decides is such a giant step, it feels like it might never happen, but he works at it,” she said.

When word of Atypical’s final season broke last year, Rashid also noted in a statement that while she was “so sad to be nearing the end of this series,” she remained “extremely grateful” to have been able to tell the story. “Our fans have been such beautiful, vibrant supporters of this show,” she said, per Deadline. “Thank you for being so open to Sam’s voice and stories, and those of the entire Gardner family. It’s my hope that the legacy of Atypical is that more unheard voices continue to be heard and that even after this series ends, we keep telling funny, emotional stories from underrepresented points of view.”

More like this
Here’s Why Danny Masterson’s Hyde Isn’t In 'That '90s Show'
By Brad Witter
Netflix Shut Down 'Bridgerton' S3 Rumours About A “Very Dark” Storyline
By Bustle
Everything To Know About 'Cobra Kai' Season 6
By Brad Witter
'The Crown' Season 6 Has Suspended Filming "Out Of Respect" For The Queen's Death
By Bustle Staff
Get Even More From Bustle — Sign Up For The Newsletter
From hair trends to relationship advice, our daily newsletter has everything you need to sound like a person who’s on TikTok, even if you aren’t.