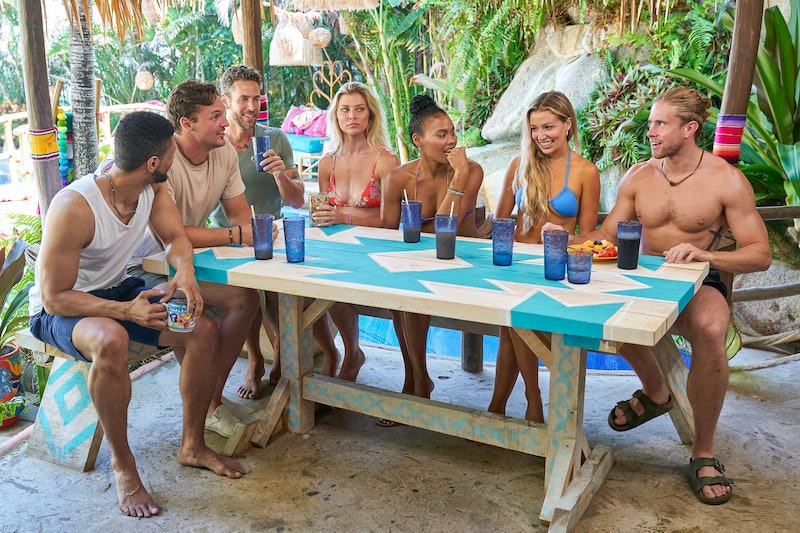 Some say all the best art borrows from others, which may just be what’s happening on Bachelor In Paradise. What sets Paradise apart from the franchise’s main shows is how much it relies on jealousy to fuel drama. On The Bachelor or The Bachelorette, there’s only one person who must weigh their feelings for several other people, while Paradise forces the entire cast to assess their feelings for everyone at all times. And it appears that Season 8 of Paradise is borrowing from some other reality dating shows to ramp up the jealousy.

As we saw in the trailer for BiP Season 8, Jesse Palmer tells the cast that their “relationships are about to be put to the test,” before adding that “everything is about to change.” Jesse then introduces five new women before telling the other women to pack their bags and leave immediately. It’s unclear where the original BiP women are being sent to and for how long they’ll be gone, but what we do know is that the twist is sure to throw a massive wrench into their romantic pursuits.

Although the very conceit of introducing a bunch of new women for the sake of drama feels like the basis for Temptation Island, the twist is very reminiscent of Love Island’s Casa Amor. Each season of Love Island includes a quasi-test where the couples split from one another to get to know new suitors without worrying about their partner’s watchful eye. It’s as fun as it is missy. This BiP change-up won’t only make things hard for stable couples; every season there are multiple cast members scrambling to secure roses before elimination ceremonies. As much as it would sting to imagine your partner openly flirting with someone else in your absence, it may be harder to keep it together when you have no stable connections and no way of building them.

As stated earlier, we have no idea what the original women will be up to during their time away from the beach. However, it’s completely reasonable that they too might be tempted by a new group of men, in an effort to keep things equal.

Per Elite Daily, Paradise’s resident bartender, Wells Adams, recently spoke to Us Weekly about the season’s upcoming twist. “From where I sat, I loved it,” he said. “Now, the cast did not like it very much. You’ll see a lot of cast members be kind of angry at some of the things we throw at [them] this year, but it’s a fun show and, you know, I guess it’s a testament to, like, how much ABC believes in the show.”

The franchise is notorious for constantly touting their seasons as being the “most dramatic” in the show’s history, but this twist on a traditional season may actually do the trick when it comes to Paradise.