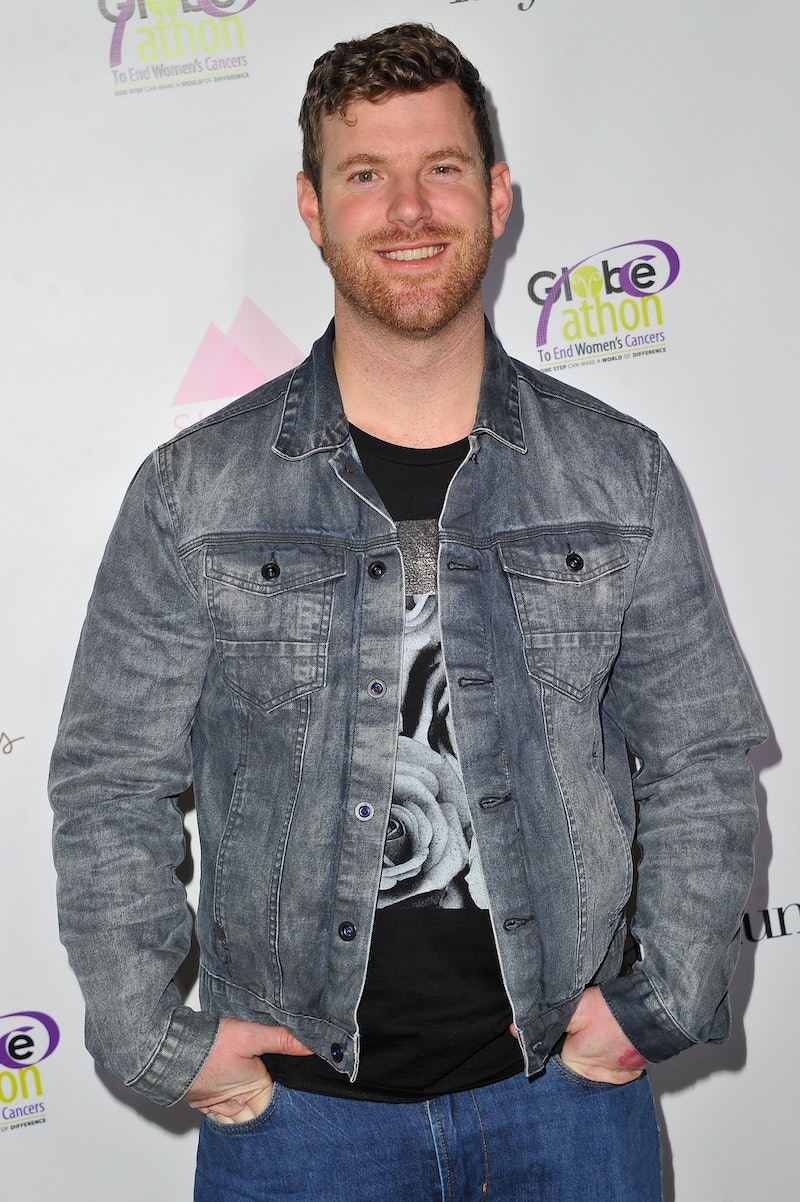 It's been exactly one week since pro-Trump insurrectionists stormed the U.S. Capitol, and now Bachelor creator Mike Fleiss is calling out former contestant James Taylor for attending the riot. "Whoever that former cast member/idiot jerkoff is that went to Trump's treasonous rally, got a message for ya," Fleiss tweeted on Monday, Jan. 13. "You are officially exiled from #BachelorNation !!!"

Taylor, who appeared on JoJo Fletcher's season of The Bachelorette, shared his plans to contest the election results in Washington, D.C. in the days leading up to the insurrection. "DC tomorrow #MarchForTrump," he wrote on Jan. 5 before offering to help others in traveling there. "Take a bus. Drive. MSG me if you need a plane ticket... just don't make an excuse not to fight for a man who's been fighting for you for 4 years. See y'all there. We're with you, Mr. President @realDonaldTrump."

The singer-songwriter tweeted again on Monday, Jan. 11 with a message that worried longtime fans of the franchise. "Big thanks to #TheBachelor family for supporting me during this time... from top to bottom," he wrote, causing loyal viewers to wonder if ABC shared his controversial political views. "Conservative producers are the best!! Thank you @ABCNetwork @ABC & @BachelorABC for having my back while I legally supported our President."

Social media users quickly demanded answers from the TV network. "Excuse me @ABCNetwork @BachelorABC is this man lying on y'all or did you support insurrectionists last week?" one fan tweeted. "@ABCNetwork @ABC @BachelorABC pretty sure you guys should be making an announcement soon otherwise you'll be losing a lot of viewers fast," someone else wrote. On Tuesday, Jan. 12, a source close to ABC told E! News that Taylor's statement was "unequivocally false." Bustle has reached out to ABC for comment, and will update this story if we hear back.

Fleiss' latest tweet appears to confirm that the network does not support Taylor's involvement in last week's events, and now other members of Bachelor Nation are weighing in. "Reason #4853569536 we have to do better with casting," former Bachelorette Rachel Lindsay tweeted. Olivia Caridi from Ben Higgins' season, Ashley Spivey from Brad Womack's second season, and other former contestants also weighed in:

So far, Taylor has not responded to Fleiss' tweet. He did, however, retweet someone else who wrote that the violent mob didn't represent everyone in attendance. "Not everyone who was in DC was involved in the riot," the tweet said. "Kinda like not everyone who protested this summer were the ones setting fires and attacking federal courthouses. No one should defend violence on any side. Thank you for speaking up for conservatives, James!"

The musician, it seems, will need that support later on. According to a tweet he shared earlier this month, he's planning on running for office. "I turn 35 in May and am considering a run for president," he wrote. "I'm serious. Never seen weaker men in my life - both sides. There are about 5 good ones in the house... 3 in the senate and 3 in the main stream media. Our republicans have failed us... Again."