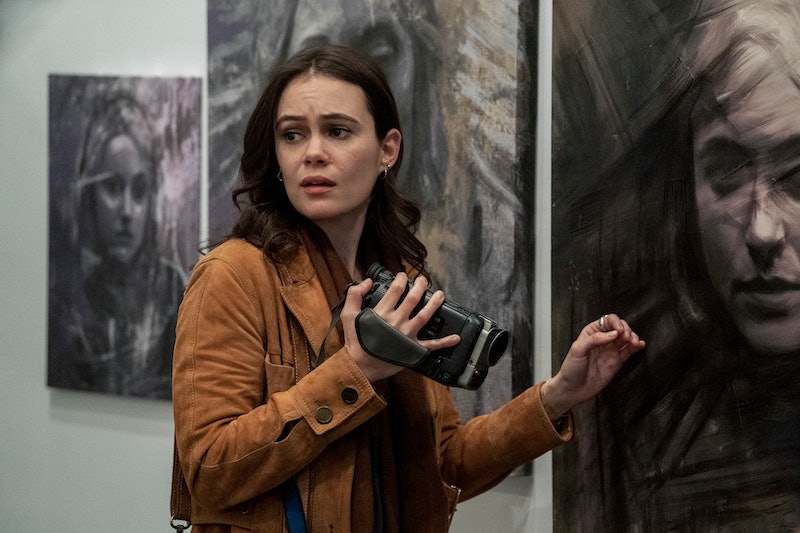 Much like the scripted “found footage horror podcast” it’s loosely based on, Netflix’s Archive 81 is thankfully a work of fiction. The supernatural horror series stars Mamoudou Athie as archivist Dan Turner, whose job of restoring a collection of damaged videotapes from 1994 leads him down a rabbit hole involving the work of documentary filmmaker Melody Pendras (Dina Shihabi). As he becomes enveloped in her investigation of a dangerous cult at the Visser apartment building, he learns about Kaelego — the demon god they worship — and the Baldung coven of witches that fight against him.

It all sounds like mythological folklore, but the story is completely original to the show: Archive 81 showrunner Rebecca Sonnenshine told The Wrap that Kaelego is not based on anything in particular. “This is kind of a Lovecraftian element to this show, which is an elder god or demon depending on how you look at it,” she explained. “So it feels real but it’s an invention and obviously draws upon many tropes and other ideas, but the monster or god or demon himself is our creation.”

In an interview with TV Insider, Sonnenshine added that creating Kaelego was the first thing they did because they needed to make the statue of him that the Visser cult prays to. She even got some ideas from 1991’s The Silence of the Lambs. “One of the inspirations was this pose that Hannibal Lecter had,” she said. “He would look up at Jodie Foster’s character Clarice, tilted head down, and be still. We also wanted to have a deity or regal quality to it, which is where the crown on his head comes from.”

Opposing Kaelego is the secret Baldung witch coven, which Archive 81 introduces in an ancient text that Melody discovers in the late Father Russo’s office. It’s through this that she learns her birth mother — who she originally came to the Visser to find — had been a member. The Baldung’s aim is to prevent Kaelego from crossing from his Otherworld dimension, where laws of time and reality exist on a different plane, into the real one. However, his devoted cult of followers attempt to use dangerous blood magic to open the portal to Kaelego’s world.

Though the Baldung witches are also not real, their name is likely a nod to German artist Hans Baldung Grien, whose best known work is a 1510 chiaroscuro woodcut called The Witches. The Metropolitan Museum of Art’s website describes prints of the piece as having an “atmosphere of nocturnal gloom from which the three witches emerge, gathered around the steaming cauldron of “flying unguent.” The artwork also includes a “blasted tree” and “solid coils of steam that support the witches as they ascend in the night air.”

Fictional components aside, the scares in Archive 81 are very real.