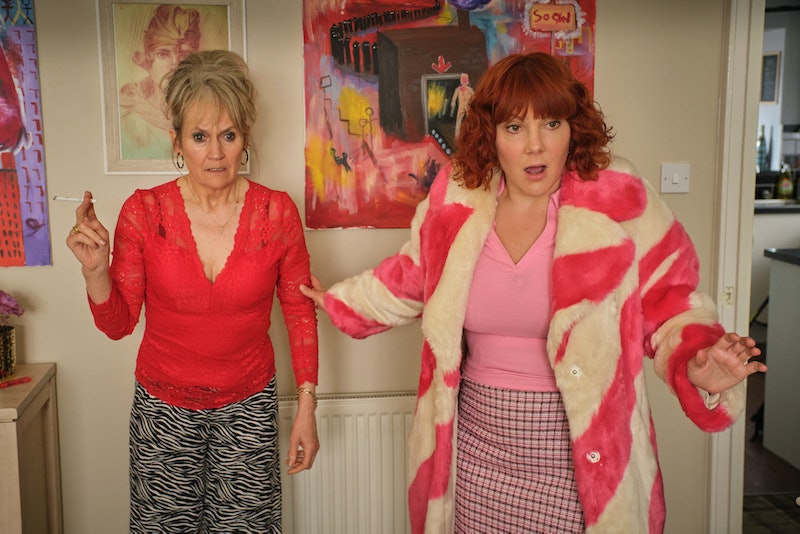 Based on comedian Sophie Willan’s award-winning stage show Branded, the BBC’s latest must-watch comedy Alma’s Not Normal follows the journey of a woman who embarks on a new beginning after a bad break-up. However, with no career plan and chaotic surroundings, things aren’t so straightforward. Sound like your cup of tea? Here’s everything you need to about Alma’s Not Normal.

The BBC confirmed that Alma’s Not Normal will begin airing on Monday, Sept. 13 at 10 p.m. on BBC Two and will also be available as a boxset on BBC iPlayer immediately afterwards, so you can watch it all in one go, if you so please.

The BBC comedy centres on the complex character of Alma, who plans to turn her life around following a breakup. However, with a tumultuous past and a notorious rebellious streak, it soon becomes clear things aren’t going to be easy.

With limited career options at her disposal, Alma ventures into the world of escorting to fund her aspirations of one day becoming a star, and is forced to navigate her past and the misadventures of today in order to achieve the future she wants.

A BBC synopsis teases that viewers should “expect a bitingly funny and unflinching take on issues from class, sexuality, motherhood, friendship, abuse and mental health in a series that is full of heart, humour and candour celebrating powerful and complex women dealing with the hand they were dealt whilst doggedly pursuing their dreams.”

Alma’s Not Normal is penned by and stars the award-winning comedian Sophie Willan, who portrays the leading role of Alma. She is joined in the show’s cast by Siobhan Finneran (Downton Abbey) as Alma’s mother Lin, Lorraine Ashbourne (The Crown) as her grandma Joan, Jayde Adams (Crazy Delicious) as best mate Leanne, James Baxter (Emmerdale) as Alma’s ex-boyfriend Anthony, and Nicholas Asbury (Chewing Gum) as Jim.

Speaking ahead of the show’s debut, series creator and lead star Willan said she was very happy “to be working alongside such a fantastic group of actors,” adding that she “can’t wait for audiences to learn more about Alma’s world and the eclectic mix of characters that surround her.”

Alma’s Not Normal begins on Monday, Sept. 13 at 10 p.m. on BBC Two and will also be available as a boxset on BBC iPlayer.