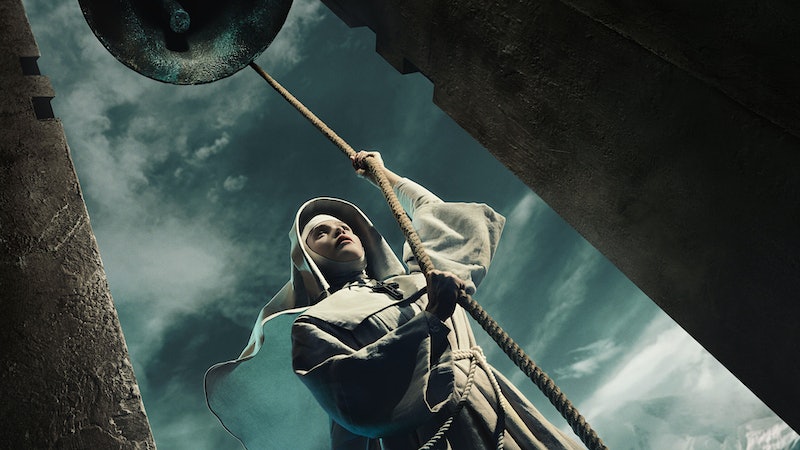 BBC One just dropped the trailer for gothic new series Black Narcissus, an adaptation of Rumer Godden’s best-selling novel about sexual repression and forbidden love. And, from the looks of the trailer, it's set to be a creepy watch.

Lead by Bafta award-winning writer Amanda Cole, the three-part series will be heading to BBC ONE this December. With its portrayal of "dark secrets" and "haunting mysteries", Black Narcissus has all the makings of a good winter watch.

The series is set in 1934, during the British rule of India, and follows an ambitious nun to a rooftop palace in the Himalayas.

Arteton is almost unrecogniseable as Clodagh, who finds herself battling desires at odds with what she believes to be her calling as a nun. As Sister Clodagh whispers hauntingly in the trailer, "This is an unusual place and we should expect unusual things." Meanwhile BBC One teases that "the haunting atmosphere of the palace" eventually takes its toll on the nuns.

In a statement, series writer Amanda Coe said: “I’m thrilled to be adapting Black Narcissus for BBC One. It’s a truly extraordinary love story, as well as a brilliantly unsettling piece of 20th century gothic about the power of a place to get under your skin and the dangers of refusing to learn from history.”

Black Narcissus will air on BBC One and BBC iPlayer this December. In the U.S it will air on FX on 23rd November and the next day on FX on Hulu.

More like this
Our First Look At 'Vardy V Rooney: A Courtroom Drama' Doesn’t Disappoint
By Bustle UK
Ciarán Griffiths Is Making His 'Corrie' Comeback
By Catharina Cheung
'Doctor Who's New Companion Has Been Winning Acting Awards Since She Was 18
By Shahed Ezaydi
Sophie Turner Will Star As A Notorious British Thief Next
By Darshita Goyal
Get The Very Best Of Bustle/UK